Diversity is in demand.

Filipino-Americans in Hollywood are making sure that they're getting their fair share of representation in the media.

The past year has been huge for Asian representation in the media. The success of films with Asian-American leads such as Crazy Rich Asians and Always Be My Maybe (heck, even To All the Boys I’ve Loved Before) has shown that audiences, both in the U.S. and beyond, want to see people who actually look like them on the silver screen. Because, finally, diversity is in demand.

The film industry still has a long way to go before it can be considered truly fair and diverse, especially in representing a subsector of the Asian-American community—Filipino-Americans. Asian—and Filipino—representation is still a work in progress, but there are standout talents of Filipino heritage who are proving that Filipino-Americans can be just as good as any other performer.

Before anyone starts cheering—or lambasting—Filipino pride, let’s get this straight: We’re not here to ride on the success of other Filipinos, but to recognize their contribution to keeping the momentum of Asian representation going.

So, without further ado, here are 15 Filipino-American actors and actresses who have been carving a place for Filipinos in Hollywood.

A Golden Globe and Tony Award nominee, it was blasphemy to not include this acting legend on our first list. But we’re rectifying our mistake by putting him first on the list this time around. Born in Zambales and raised in Texas, Phillips has made a name for himself in both the film and television industries, as well as on the Broadway stage. He’s best known for his critically acclaimed roles in the '80s and '90s films La Bamba, Stand and Deliver, Young Guns, and The Big Hit. An industry veteran with over 35 years of experience under his belt, Phillips has starred in over 100 films and shows.

Notable works: La Bamba, The King and I, Longmire
Catch him in: Prodigal Son

An immigrant from the Philippines, Jacinto graduated from the University of British Columbia with a degree in civil engineering (every Filipino parents’ dream) before pursuing a career in acting. After starring in small roles in popular shows like Once Upon a Time, Supernatural, and Bates Motel, Jacinto landed his best-known role yet: as the endearingly clueless Jason Mendoza who represents kindness on a personal level in the hit show The Good Place.

Notable works: The Good Place, The Good Doctor, Bad Times at the El Royale
Catch him in: Top Gun: Maverick

Rodriguez grabbed viewers’ attention when he landed the role as the romantic lead in the comedy musical drama Crazy Ex-Girlfriend. It’s rare for Asian men to star in romantic male lead roles, so this was a win for Asian men across the board. The show, which ran for four glorious years, was as funny as it was entertaining, garnering loyal viewers around the world. Rodriguez portrayed Josh, who suffered from chronic commitment-phobic, soft boy syndrome. The show was also one of the first to feature Filipino families, complete with a no-nonsense Filipina mother, on cable TV.

Notable works: Crazy Ex-Girlfriend, Adam Ruins Everything, Another Period
Catch him in: Insatiable

Starring opposite Keanu Reeves in John Wick: Chapter 3 – Parabellum, Dacascos plays the villain Zero, a former admirer of Wick, who is now bent on taking out the assassin. While his character wasn’t a match against Wick, Dacascos in real life is a skilled martial artist who has trained in kung fu, karate, Muay Thai, and Wushu since childhood. In 2015, he directed a Filipino-Russian film titled Showdown Manila, which starred Iza Calzado. He also joined the Marvel family when he portrayed a character aptly named Giyera in Agents of S.H.I.E.L.D.

The youngest on the list, Basco hails from a long line of successful Filipino-American actors. Her uncle is Dante Basco, who has been inducted into the unofficial Fanboy Hall of Fame for voicing Prince Zuko in Avatar: The Last Airbender. Ella seems to be following in her uncle’s and father’s footsteps as she takes on the never-before-played role of Cassandra Cain, or Batgirl, in the upcoming film Birds of Prey. Batgirl will be one of the few DC heroines to be portrayed by an Asian actress in the DC film universe. The film isn’t out yet, but we’re already pumped to see how the young actress handles herself playing opposite Hollywood megastars Margot Robbie and Ewan McGregor.

Catch her in: Birds of Prey (And the Fantabulous Emancipation of One Harley Quinn)

Born and raised in Manila, Santos moved to the U.S. with his family when he was 16. Santos got his start in stand-up comedy, but eventually, his humor landed him the role of Mateo on the sitcom Superstore. Mateo’s character won Santos a Critics’ Choice Television Award for Best Supporting Actor in a Comedy Series for more than just providing comic relief—Mateo is gay, Filipino, and an undocumented immigrant, representing the narratives of many struggling minorities in the U.S.

Not many are familiar with Inosanto, but they should be. Bruce Lee saw his potential early on, embracing him as both a training partner and friend. That’s right, this Filipino was the martial arts partner of the legendary Bruce Lee—he’s even the one who introduced him to nunchakus. While he has a number of films under his belt as both an action star and stuntman, most Hollywood veterans remember him as a martial arts teacher who has taught the likes of Denzel Washington, Forest Whitaker, and Brandon Lee (son of Bruce Lee). Inosanto is a leading authority on Filipino martial arts, particularly Eskrima and Silat.

Notable works: Redbelt, The Game of Death, I Am Bruce Lee

Although she’s most known for being Diddy’s on-and-off-again girlfriend for over a decade, Ventura is an established woman in her own right as a multi-talented singer, dancer, actress, and model. As an R&B artist, she’s collaborated with the likes of Jay Z, Travis Scott, and G-Eazy. Meanwhile, on screen, she played Haven Quinn in the Emmy-, Grammy-, and Golden Globe-nominated series Empire, which centers on the hip-hop industry and stars a predominantly African-American cast.

Notable works: Empire, Step Up 2: The Streets, Honey 3: Dare to Dance
Catch her in: Wonderland

Crazy Ex-Girlfriend wouldn’t have been as good as it was if not for the writers behind the story, one of which was Gube who was a writer, producer, and actor on the CW show. The son of immigrants from Batangas and Pampanga, Gube was instrumental in ensuring that Filipinos were portrayed accurately on Crazy Ex-Girlfriend. Gube’s line of work mostly falls in the comedy television genre with a number of hilarious sitcoms under his belt such as Ground Floor, Men at Work, and Brockmire.

QC born and bred, Briones got his big break in musical theater when he joined the ensemble of the original 1989 London production of Miss Saigon, which also starred the famed Lea Salonga in the lead role. Although he’s been starring in TV shows and films since the early 2000s, Briones garnered significant attention when he played Modesto Cunanan, the father of Andrew Cunanan who murdered Gianni Versace in the critically acclaimed The Assassination of Gianni Versace: American Crime Story. Fun fact: Andrew was also played by fellow Filipino-American actor Darren Criss.

A New York native of Filipino descent, Lapira’s prolific career has spanned over 20 years of notable and supporting roles in a number of hit shows and blockbuster films. In television, she appeared in Sex and the City, Law & Order, Dexter, ER, Traffic Light, Don’t Trust the B---- in Apartment 23, and NCIS. Meanwhile, in the film industry, she’s starred in movies like Cloverfield, 21, Fast & Furious, and Crazy, Stupid, Love. Her experience in the industry is a testament to the flexibility of Filipino-Americans in Hollywood. 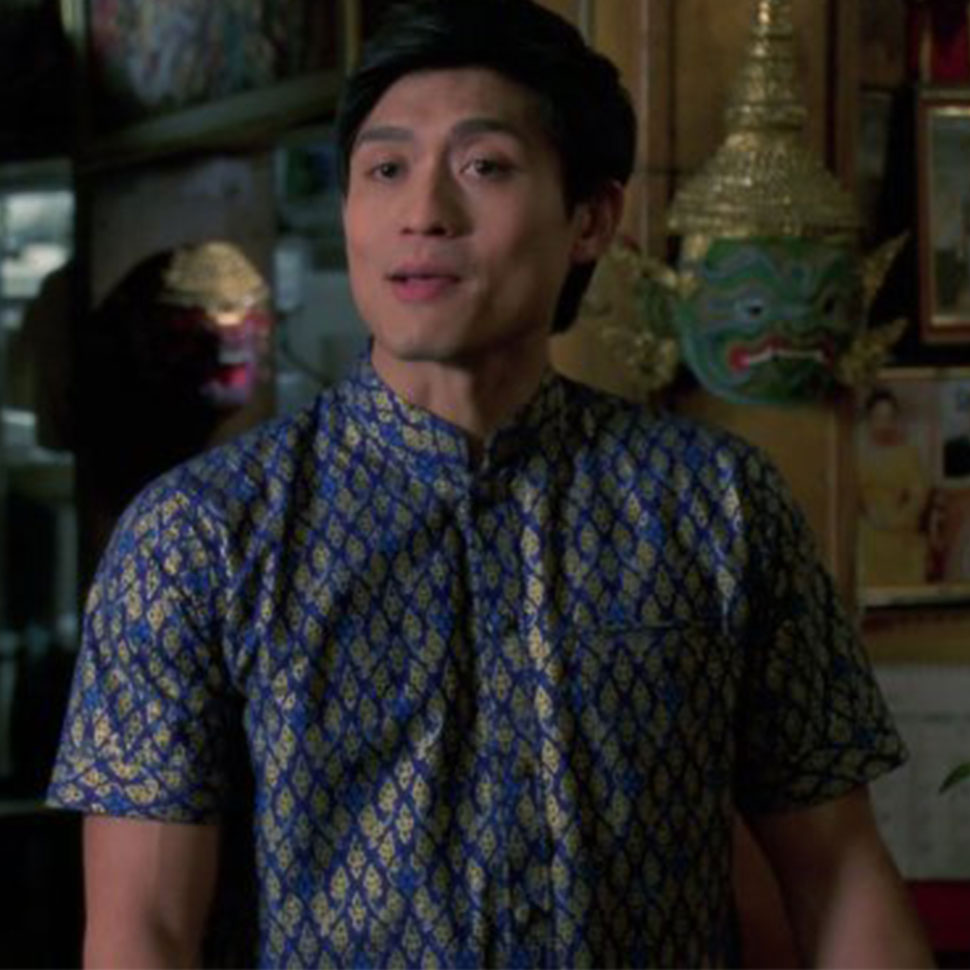 This psychology graduate of Rutgers University was born in Manila before emigrating with his family to New York shortly after being born. Although he’s no longer active in the film industry, no one can forget his portrayal as the first Filipino Prince Charming in Rodger’s and Hammerstein’s Cinderella, which is famed for its color-blind casting process that resulted in a predominantly colored cast playing roles typically reserved for white people.

The daughter of a Filipina mother, Mitchell has been open about her struggles with her appearance (aka not looking white) for a while now, sharing that it wasn’t until she was older and more comfortable in her skin that she began to embrace her Filipina heritage. Now she’s a popular television actress who broke into mainstream success with Pretty Little Liars and Netflix’s You.

Notable works: Pretty Little Liars, The Possession of Hannah Grace, You
Catch her in: Dollface

Another Filipino comedian on the list, Cordero starred alongside Jacinto in The Good Place as Pillboi and Rodriguez in Crazy Ex-Girlfriend as Alex. He also voiced Jamie in the animated sci-fi comedy show Steven Universe, which also includes a number of Filipino-Americans in its voice cast.

Tobit Raphael Lorenzo Guevara Capati—there’s nothing quite more Filipino than having five names (or more). The son of two Filipino immigrants from Pampanga, Raphael attended UCLA’s School of Theater, Film, & Television before joining the cast of The Internship where he was mentored in improv comedy by Vince Vaughn and Owen Wilson. The young actor also starred alongside fellow Filipino actor Lou Diamond Phillips in Quest: The Truth Always Rises.

What percent of the U.S. population is Filipino? 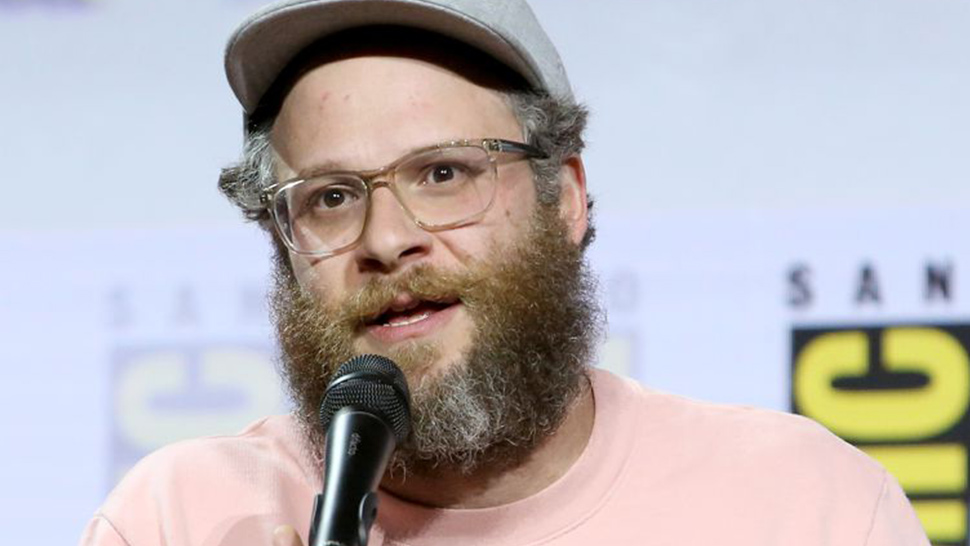 We've Lost Many of Dolphy's Films. This Restoration Project is Trying to Save Them
All Photos
Comments
View As List