The 10 Most Controversial TV News Reporters in the Philippines

Here are news reporters from ABS-CBN, GMA-7, and TV5 who made headlines for being involved in controversies. 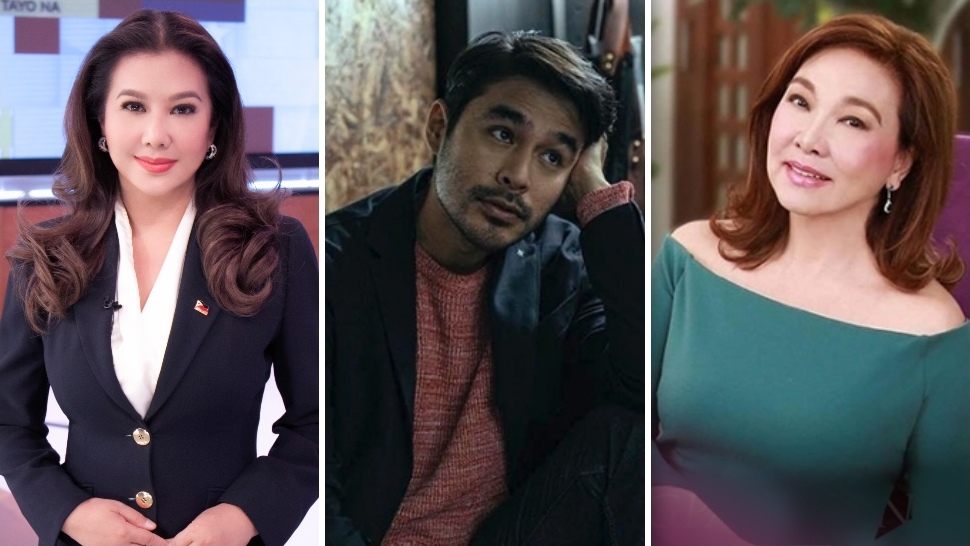 People rely on TV news reporters to deliver accurate and credible news about the nation and other aspects of society. However, there are times when the tables are turned and the reporters themselves become involved in controversies. Here, we list down 10 TV reporters from ABS-CBN, TV5, and GMA-7 who became part of news reports because of the intrigues they faced.

Atom Araullo's surprise transfer from ABS-CBN to GMA-7 became the talk of the town. However, Araullo's became even more controversial when he starred in the movie Citizen Jake, which was directed by Mike De Leon.

On May 21, 2018, a day after the special screening of the film, De Leon voiced out his disappointment with Araullo through a Facebook post. The director called Araullo a "closet movie star," and even described his approach to journalism as "not the gritty kind but more of the celebrity-centered schlock."

A few days later, on May 30, Araullo broke his silence about the issue through a statement on Facebook.

The GMA-7 reporter said that he was not surprised when De Leon posted "hurtful remarks" about him on social media since he allegedly went through far worse treatment from the director during the production stage of Citizen Jake.

Araullo also revealed that he had to endure "a string of unprovoked, irrational, almost random tantrums" from De Leon, whose "woeful behavior" can be attested to by everyone they’ve worked with in the film. A few hours after Araullo's Facebook post, De Leon answered his allegations, saying how Araullo "completely ignored" his instructions and accused him of being "disrespectful, pompous, narcissistic."

On June 2, De Leon put an end to their word war, which he called the "mike/atom a_hole show." He said, "[M]ay we never cross each other's path again, not here, nor in the afterlife."

As a reporter, Mel Tiangco faced controversy in 1995 when she was suspended without pay in ABS-CBN's TV Patrol after appearing in a detergent commercial. (ABS-CBN news broadcasters are not allowed to appear in any commercial without prior approval from the management.)

This prompted Tiangco to transfer to GMA-7, which caused a legal battle between her and the Kapamilya network over the non-competitive clause in her contract, which disallows her to work in the Kapuso channel. Amidst the legal battle, which she eventually won, Tiangco continued to work with GMA-7.

In 2013, Tiangco's interview during the second season launch of Magpakailanman became controversial after she recalled what happened to her in 1995. This was after she was asked if she's interested to share bits and pieces of her life in her drama anthology program.

While she did not name the "sirs" and the "hindi raw karapat-dapat na tawaging ma’am" who brought hardships to her life back then, she simply said, "Sana po nakakatulog kayo nang mahimbing. Ang buhay po ng tao ay hindi materyal lang ang mahalaga."

It was in September 2003 when Bernadette Sembrano had a tiff with her then-home network, GMA-7. This was after the network decided to suspend the airing of her The Probe Team episode, which was about the lifestyle check of Efraim Genuino.

Genuino, back then, was the chairman of the cash-rich Philippine Amusement and Gaming Corporation (PAGCOR) under the administration of President Gloria Macapagal-Arroyo. On that night, Sembrano's Saksi co-anchor Arnold Clavio read a statement from the management that the Genuino episode of The Probe Team won't air that night.

Sembrano was visibly irked during the broadcast, and walked out at the end of the program. This caused her to be suspended by GMA-7. Days later, Inquirer reported that Sembrano wrote a letter to then GMA-7 Vice President for News and Public Affairs to apologize for her behavior during Saksi.

She said about this, "What I did was totally uncalled for. It happened because I became too deeply involved in my story. I'm hoping that everything will be ironed out soon." Six months later, Sembrano transferred to ABS-CBN.

On June 8, 2008, Ces Drilon, along with two news cameramen, were kidnapped for ransom in Maimbung, Sulu, Jolo by al-Qaeda-linked Abu Sayyaf militants. The Bandila reporter and her teammates were held captive for nine days. ABS-CBN, Drilon's mother network, decided not to pay the ransom.

According to the Kapamilya Network, it did not pay the ransom because "this would embolden kidnap for ransom groups to abduct other journalists, putting more lives at risk." On June 11, Drilon and her team were released by the rebel bandits. Medical findings revealed that Drilon was "very pale" and had low blood pressure due to lack of sleep. She also suffered mosquito bites.

On July 5, Drilon was suspended by ABS-CBN for three months, for disobeying the network's orders to not go to Sulu. Drilon also apologized "for unwittingly endangering lives." After three months, in October 2008, Drilon resumed her duties in Bandila. On December 21, 2017, Drilon left Bandila after being appointed as the Content Acquisition Head of the ABS-CBN Lifestyle Ecosystem Group.

One of the most talked about interviews conducted by Karen Davila was the one with Alma Moreno for the ANC program Headstart.

Back then, Moreno was running for Senator. Her answers to Karen's questions drew flak from netizens, such as her "with reservations" answer about the Reproductive Health bill and her stand on same-sex marriage.

Davila also drew flak for the way she interviewed Moreno. Among those who criticized her were actress Vivian Velez, the late columnist Tony Calvento, and Moreno's son Vandolph. While Moreno was hurt by the bashing she received because of her answers during the interview, she did not take it against Davila, saying that it was only her job to ask her questions.

In 2013, Jessica Soho was embroiled into a controversy with ABS-CBN comedian Vice Ganda. This was after she became the subject of Vice's "gang rape" joke during his I-Vice Ganda Mo Ako Sa Araneta concert.

It started when GMA News reporters Arnold Clavio, Maki Pulido, and Jiggy Manicad reacted to Vice Ganda's joke about Soho. The retired GMA News executive later released a statement, saying that the issue is not about her being the subject of the joke, but because it tackled rape. "This should not be about me but about rape victims who suffer tremendously from this terrible crime."

The next day, Vice Ganda aired his apology for Soho on It's Showtime, after he called her on the phone. Vice Ganda said that they were not able to talk over the phone, after Soho said that she wasn't feeling well. In her own statement, Soho acknowledged Vice Ganda's apology.

In her more than 30 years of news reporting on TV and radio, Korina Sanchez has faced a lot of controversies.

In November 2013, Sanchez gave an intriguing blind item in her defunct radio show about a "blonde reporter ng CNN" who had reports that are "mali-mali." There were those who believed that she was pertaining to CNN News reporter Anderson Cooper, who aired his report about the situation in Tacloban after being hit by super typhoon Yolanda.

Some Twitter posts of Cooper indicated: "I have not seen a large Philippine military presence out around here. The search and rescue never materialized."

Sanchez's reaction drew flak among netizens who sided with Cooper since he witnessed this personally when he visited Tacloban. It was said that Sanchez's husband Mar Roxas, who was then secretary of the Department of Interior and Local Government (DILG), was upset with Cooper's report when he said that there was "no government presence" in Tacloban.

Cooper later clarified his tweets in his CNN show. The American journalist said that "there’s certainly government present," but he had not seen a big effort from the Philippine military during the search for missing bodies.

However, the CNN reporter said in his report that gave this clarification upon learning that Roxas was upset, and not because of Sanchez's tirades against him.

At that time, rumors floated that Sanchez was suspended, which is why she was not being part of her radio show and TV Patrol. The Rated K host clarified that she and her team were doing rounds in Western Visayas to check on the people affected by the storm and gather materials for her magazine program's special report.

Noli De Castro was one of the pioneers of ABS-CBN's flagship newscast TV Patrol, until he left the show sometime in 2001 to pursue a career in politics.

In 2010, after ending his term as Vice President under President Gloria Macapagal-Arroyo's administration, he returned as a news anchor for TV Patrol. De Castro's name was dragged into a controversy in 2012, during the 25th-anniversary celebration of the Kapamilya news program in July 2012.

Back then, President "Noynoy" Aquino delivered his "prangka" speech that seemed to be pertaining to an unnamed news anchor. President Aquino cited in his speech three incidents when this news anchor gave comments that are critical of the government.

In the last part of his speech, President Aquino dropped a clue about the news anchor he was pertaining to. He said, "Sana po, sa tuwing sasabihin nating, and I quote, 'Magandang gabi, bayan!' ay totoong hinahangad nating maging maganda ang gabi ng bayan." Of course, De Castro is known for his catchphrase, "Magandang gabi, bayan!" which he utters every day on Philippine television.

In July 2014, Paolo Bediones was embroiled into a controversy after a video scandal involving him surfaced online and became viral. His home network, TV5, did not meddle into the controversy and Bediones continued his anchor duties in the newscast Aksyon Tonite.

In September 2014, Bediones decided to resign from his reporting duties in Aksyon Tonite. In August 2015, Bediones admitted in an interview with Mo Twister that he was the guy in the video scandal. Bediones apologized and told the public: "I know that what I did was not a crime but, you know, these things just happen."

In 2014, a broadsheet reported that Erwin Tulfo allegedly accepted money from the National Agri-Business Corporation (NABCOR), which is an agency under the Department of Agriculture.

Because of this, Tulfo was prompted to file a P12 million libel case against the broadsheet. According to Tulfo, he would only "forgive and forget kung sakaling babawiin nila yung report nila." 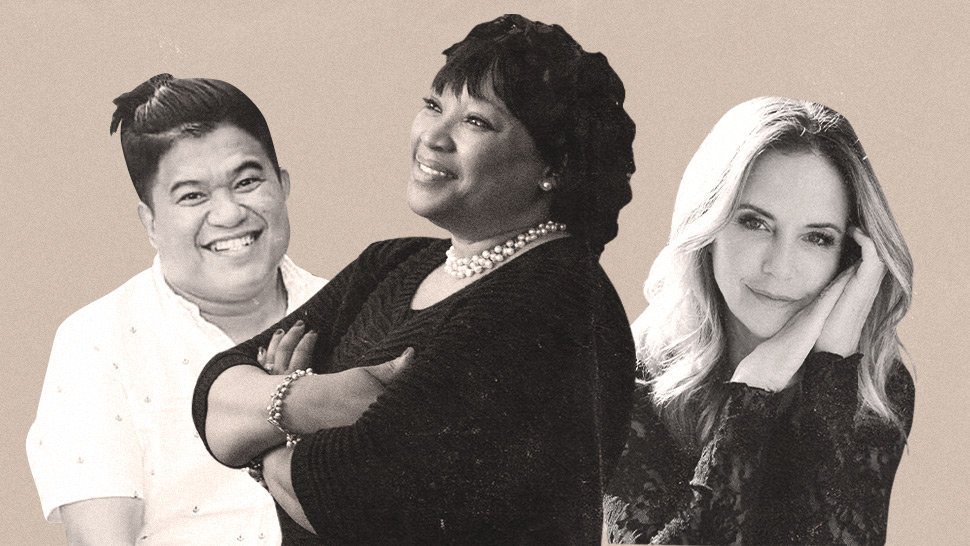 These Famous People All Died Within The Last 24 Hours 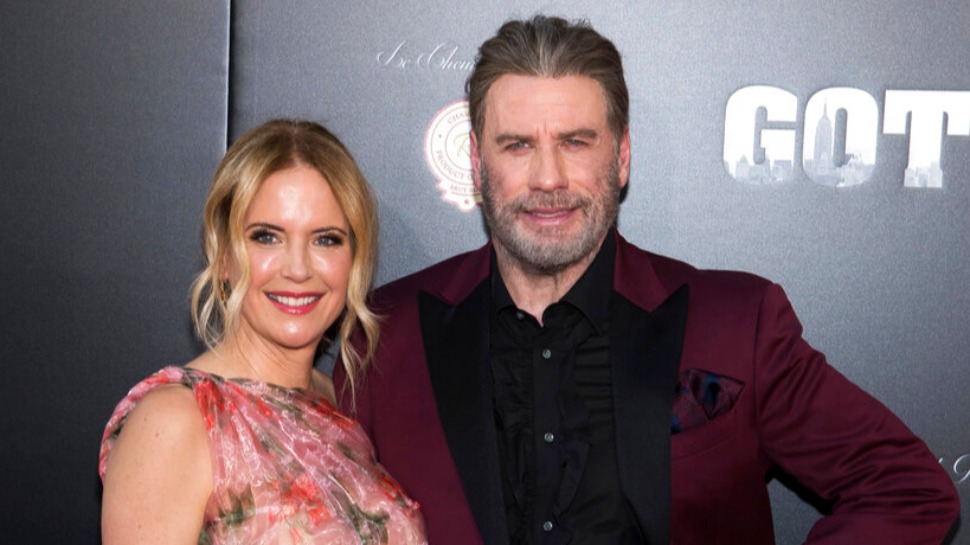 Kelly Preston, Actor and Wife of John Travolta, Dies at 57
All Photos
Comments
View As List