In a time of copycat lineup posters. These are the unique fests worth the time and money. 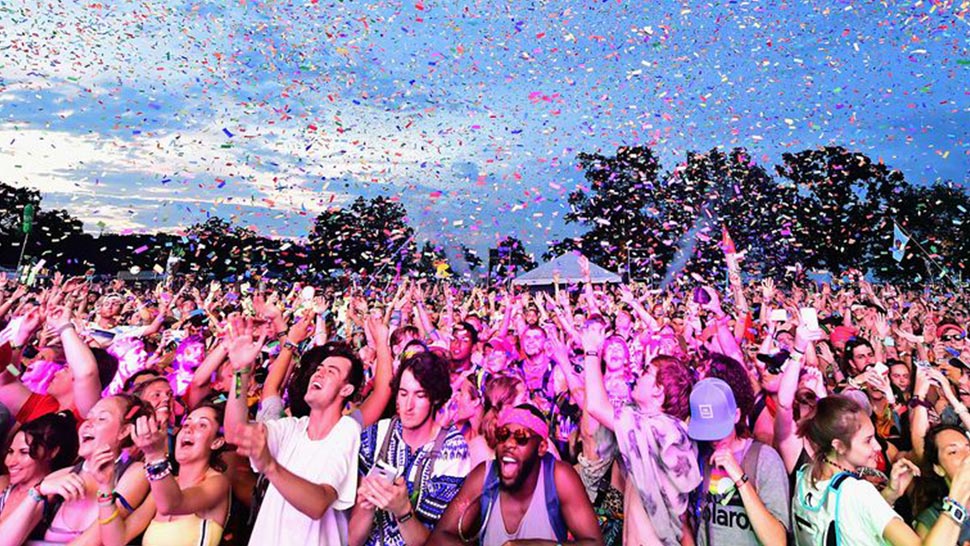 Each year, it seems like the major music festival posters get more and more similar. Case in point for 2019: all three headliners from Coachella—Childish Gambino, Tame Impala, Ariana Grande—are each also atop the Lollapalooza schedule. Along with that, Gambino also helms one night at Bonnaroo, Outside Lands, and Austin City Limits. He is joined at the latter by Tame Impala, who he first overlapped with at Coachella on this year's run.

But in a sea of sameness, there are still a few outposts hanging on to their weirdo roots. Here are the 10 festivals still worth hitting in 2019.

It began as a hippie getaway—and totally transformed the U.S. festival scenefollowing its founding—but these days, Bonnaroo is a bonafide behemoth on the mainstream festival circuit. The Farm now regularly plays host to Top 40 stars and top tier EDM names, and while that's changed the demographic of who goes there some, the organizers remain committed to the jam-bands and out-there ideas that made them. This year, Phish returns to the festival, playing three sets across the four-days. (We're betting frontman Trey Anastasio pops up in a few other sets across the weekend.) And you'll find names like Joe Russo's Almost Dead and Jim James (of My Morning Jacket) dotting the poster rungs. Thursday night exists without a headliner, but the evening is being helmed by nearby Music City's Grand Ole Opry, while Griz is plotting the annual SuperJam. Plus, there are now late night, unannounced shows popping up across the 700-acre ground's camping sites, meaning the fun, literally, never stops.

Find me a more beautiful town in Colorado. I dare you! There's a magic to those remote hills—it's a particular reward for those who dark make the commute—and it fills the scenic fest with an incomparable energy. Brandi Carlile, Sam Bush Band, and Kacey Musgraves fill the top line of the event's poster but, somehow, it only gets better as you cast your glance downwards: Béla Fleck & the Flecktones, Greensky Bluegrass, the Punch Brothers, Lake Street Dive, and more take over the main stage across the three days.

Essence Festival has always been different in that it's much more than just a music festival. The multi-day takeover of the Big Easy sees a wide variety of conferences and exhibitions on black fashion, business, and beauty spliced between sets from the likes of this year's artists: Mary J. Blige, Pharrell, Brandy, Missy Elliott, and more. Given that 2019 marks the 25th anniversary of the event, expect big things to go on down south.

Forecastle has a stacked lineup this year. And somehow, that's not exactly what sells this fest. The Killers, The Avett Brothers, and Anderson .Paak & the Free Nationals headline this event, and they're joined by buzzy acts like Maggie Rogers, Portugal. the Man, Jungle, CHVRCHES, Midland, and many more. But the real selling point of Forecastle remains how damn easy it is. Last year, during its 16th iteration, the event saw its biggest crowds ever, but it's still a remarkably-hassle free event. Pair that would the ocean of bourbon that supports it (no seriously, make a pit stop at the Bourbon Lodge), and the views of the Ohio river that surround it, and you've got music festival Valhalla on your hands.

The Isley Brothers celebrate their 60th anniversary this summer and Pitchfork Music Festival is playing host. Chicago institution Mavis Staples also offers another huge check in the throwback box and Stereolab will play its first North American show in a decade at the fest. All three are then joined by a smattering of current critical darlings: Robyn, HAIM, Belle & Sebastian, Pusha-T, Kurt Vile, Charli XCX, Snail Mail, Jeremih, Soccer Mommy, and more round out the lineup.

Dierks Bentley's Seven Peaks does it all: offers a stunning location for shows, pairs it with a killer lineup—2019's outing pairs headliners Luke Bryan and Travis Tritt with Bentley along with sets from Maren Morris, Jon Pardi, Caylee Hammack, Ryan Hurd, and more—and slathers on the extracurriculars. (2018 witnessed daily beach parties, white water rafting, and a pop-up Whiskey Row, which is Bentley's gastropub chain.)

2019 will see the debut of this country-rock mashup on the horse-racing's hallowed grounds of Keeneland. The Ranconteurs and Brandi Carlile will light up Friday evening (they're joined by Old Crow Medicine Show, Mavis Staples, and more) while Hozier and Tyler Childers—who you should absolutely be listening to—lead Saturday (along with Gary Clark Jr., St. Paul & the Broken Bones, Lucinda Williams, and more).

The Afropunk dance party has grown and expanded across five cities annually, now—but it all began in Brooklyn. Headliners Jill Scott, FKA Twigs, and Kamasi Washington lead a lineup that also includes Leon Bridges, Tierra Whack, Gary Clark Jr., Santigold, Toro Y Moi, and many more. It's got a punk spirit and a hell of a lot of soul, and shouldn't be missed.

If you've got a special place in your heart for jam bands, you won't find a better lineup this year than Lockn'. The fest's main stage is dual-sided, and rotates as one band ends to reveal the next act, meaning you can avoid the mad dash sprint from one band to another. This year it'll be hosting a murder's row of jam heavyweights: Joe Russo's Almost Dead, Trey Anastasio Band, Tedeschi Trucks Band, Bob Weir and Wold Bros, Gary Clark Jr., The Revivalists, Jason Isbell and the 400 Unit, Moe., Preservation Hall Jazz Band, and more will gear up in August.

The Franklin, Tennessee-situated event has made a huge name for itself since its 2015 debut, focusing on honing a lineup that perfectly balances the booze-rock sounds of its region. This year, that means the Foo Fighters, the Killers, and Keith Urban are joined by Leon Bridges, Nathaniel Rateliff & the Night Sweats, Jenny Lewis, Phospherescent, Lukas Nelson & Promise of the Real and more.

What's Stopping the Philippines From Having Good Music Festivals?

About The Author
Madison Vain
View Other Articles From Madison
Get The Latest Updates From Esquire!
Subscribe to our newsletter!
Comments
Most Popular 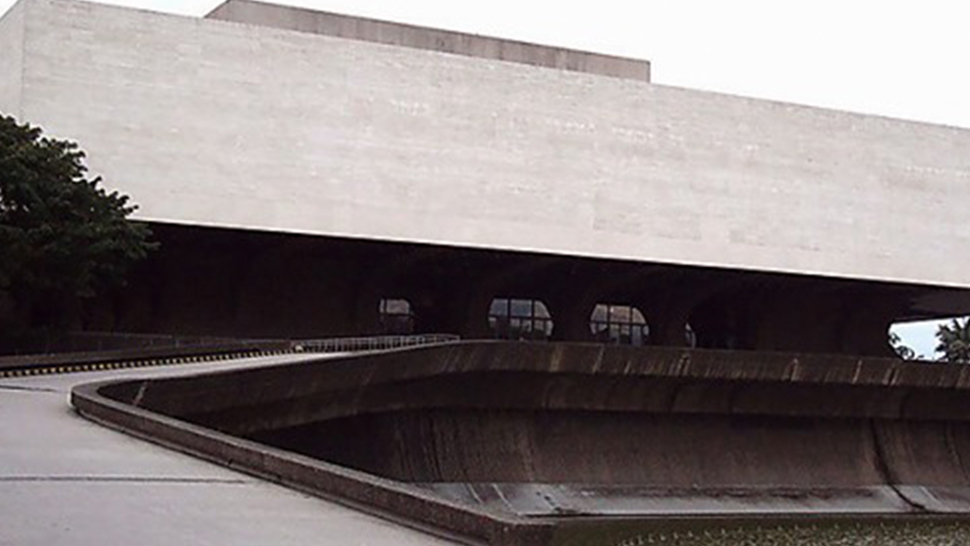 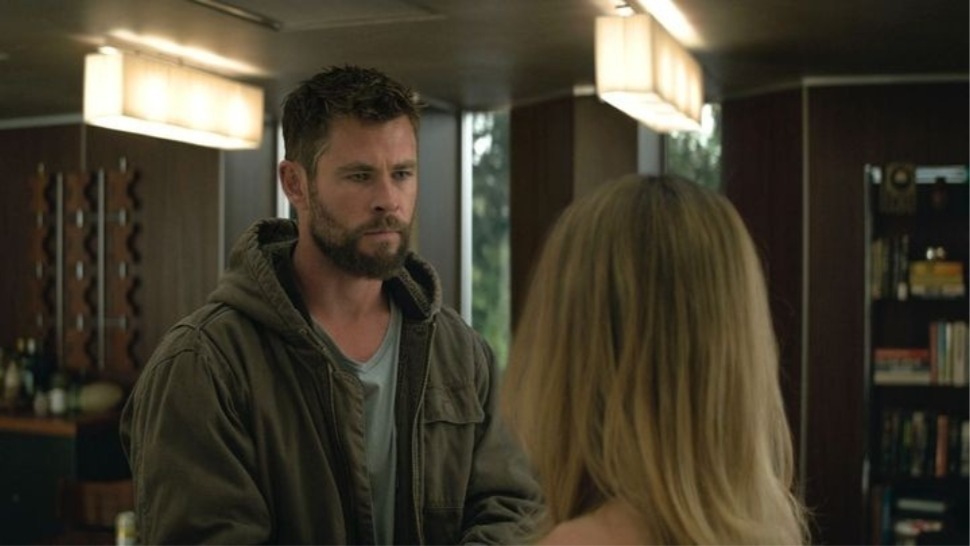