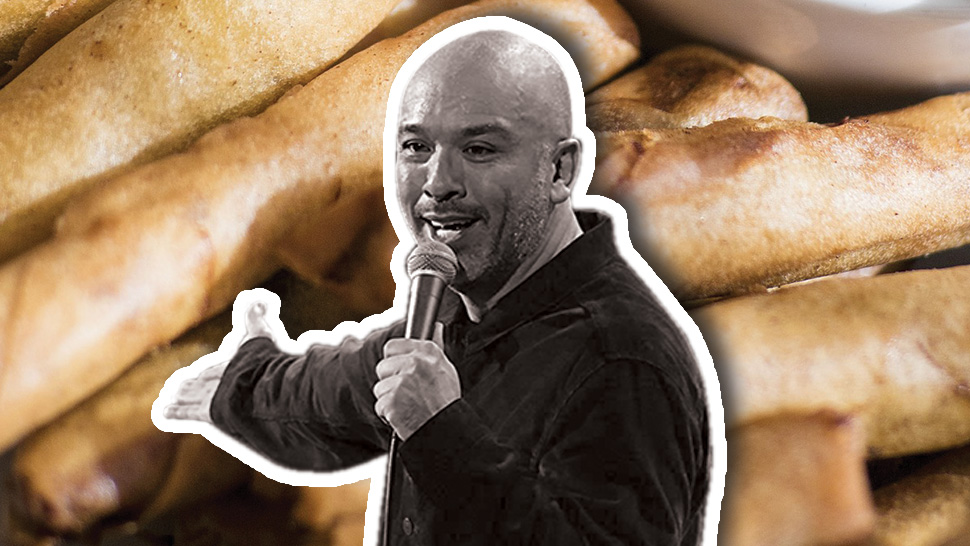 Funnyman Jo Koy, defender and comedic deprecator of Filipino culture, has made a bold claim: the Filipino lumpia is better than any egg roll in the world. Or, in his words: "Lumpia versus your egg roll. Bring it."

Jo Koy opened the challenge in an interview with entrepreneur and reality star Chris "Drama" Pfaff on his Instagram (@drama). The stand-up comedian and headliner of Lights Out began with "I challenge any other Asian family with your egg roll...Chinese? Fuck your egg roll."

"No one's going to beat...I will put up the money. Five thousand dollars!" Jo Koy replied when Drama suggested to stage an actual competition. He added: "Your egg roll versus my egg roll…blind taste test. I guarantee Drama’ll be like I like the one on the left and I’ll say that’s lumpia, mother fucker."

An egg roll is any cylinder of meat encased in some kind of flour wrapping then usually deep-fried. It's slightly different from spring rolls, which according to Mental Floss, have thin, often translucent flour wrappers and usually aren't fried. Spring rolls are typically Chinese, while egg rolls are typically Chinese-American (like orange chicken). Lumpia, a Filipino egg roll, is filled with meat, carrots, onions, and garlic.

Call us biased, but we're with Jo Koy on this one.