Bobby Pontillas directed the stunning and sentimental "One Small Step." 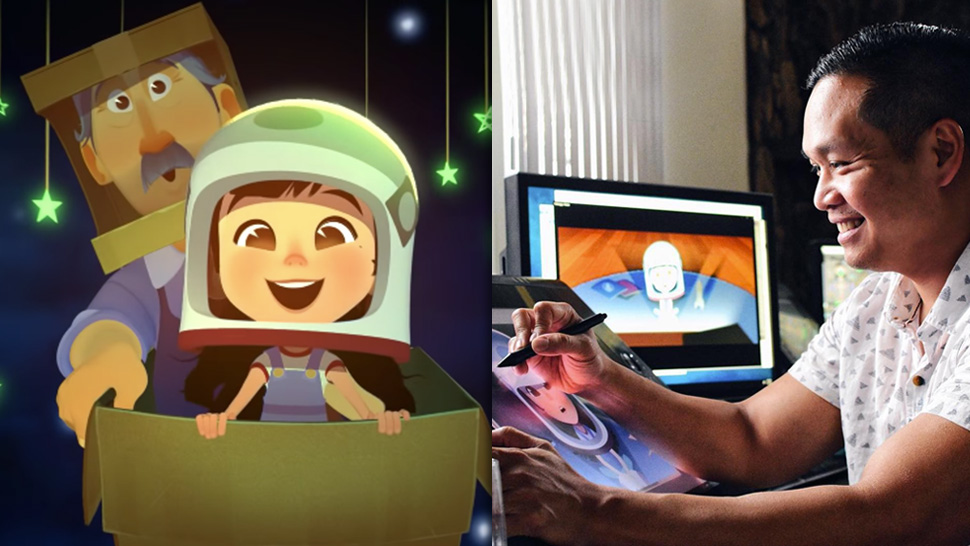 From the second she watches a rocket ship launch off into space, Luna dreams of becoming an astronaut. Supported by her father, a Chinese immigrant who repairs shoes for a living, she embarks on her dream of glow-in-the-dark galaxies, carton spaceships, and homemade space boots. One Small Step is a seven-minute visual story of hope, family, and adventure.

On top of its numerous accolades is its Oscar nomination for Best Short Film (Animated). Produced by Taiko Studios, One Small Step is directed by Andrew Chesworth and Bobby Pontillas. Bobby is Filipino-American; his mother migrated from Nabua, Camarines Sur.

With the Academy Awards just over two weeks away, we caught up with Fun Bobby to talk about the Oscar nomination, One Small Step, and his favorite Filipino food, of course.

Esquire: Congratulations on your Oscar nomination! How did you feel when you got nominated?

Bobby Pontillas: Thank you very much!  I was exhilarated! I just felt so proud of the entire team who worked on the film, and happy that all of their hard work was being celebrated.

Esq: How did you and Andrew Chesworth come up with Luna in terms of concept and story, especially since this is Taiko’s first big project?

BP: We wanted to tell the story of someone who had a dream from a very early age, and every decision they made in life was geared towards making that dream come true. One of our early inspirations was Liu Yang, the first female Chinese astronaut. The odds must have been stacked against her but she had the tenacity and discipline to make her dreams come true. Her bravery made us think of the strong women we have in our own lives, and hopefully Luna reflects that spirit.

Esq: What was the most difficult stage of creating One Small Step?

BP: I think with any of these projects the hardest part is figuring out the story. Trying to say something very personal but also universal. In the end, the film is a culmination of all our experiences. We could all relate to dreaming big and working hard to get there, but we also wanted to say a very personal thank you to the people that supported us along the way. In story meetings, we would open up and share personal stories growing up. So making the film was a very cathartic experience for us!

Esq: Why did you decide to make One Small Step a 2D film using 3D models?

BP: We've always had a deep love for 2D animation, so we were striving for the feeling of a "moving illustration." A timeless look that reflected the dreams Luna has had since she was a child.

Esq: We know that you’ve dedicated One Small Step to your mother who’s a Filipino immigrant, what was her reaction to the film?

BP: I hope she was proud. The film is a love letter to her and people like her. It's saying, "I know I wasn't always the greatest son, but thank you for always being there." She's a single mother to an only child and she worked hard to make sure I had a good life.

The film is a love letter to my mother and people like her. She's a single mother to an only child and she worked hard to make sure I had a good life.

Esq: It was an absolutely stunning film visually and I was crying buckets by the end of it. Does sentimentality play an important role in animation themes now?

BP: I'm so happy you connected with it. I'll always remember how my favorite films made me feel.  That sense of wonder and optimism is always something we'll gravitate to.

Esq: I was really impressed with the detail that you put into the film, especially to showcase the Chinese culture, like leaving footwear at the door, the incense. How important was it to include these in the seven-minute film?

BP: Oh thank you for noticing those little things! We worked really hard with our crew in Wuhan, China to get all of those details right. Every visual on screen tells a story, and it was important to us that those cultural elements felt authentic.

Esq: I know that One Small Step is about family and support for and believing in your dreams, but I also noticed another deep message, especially about immigration. Was that on purpose or was that more of like...a bonus?

BP: That was definitely in there. Both Shaofu (producer) and I are children of immigrants. My mother came from the Philippines at a young age, joined the U.S. Navy, and started a new life in America. That could not have been easy. Our parents had to sacrifice so much for us and I don't take that for granted.

Esq: You were first inspired by Tarzan to get into animation, what were your other inspirations to get into your profession?

Another big inspiration has always been the art and life of Michelangelo Buonarroti. He is larger than life to me and I'm always inspired by the art he left the world. One of my big bucket list items is to see the Sistine Chapel?

Esq: I read somewhere that you intend to “steward an era of change to the visual styles of modern cinema,” what does this mean? Like what changes are needed?

Haha! That's just a fancy phrase to make me sound smart, but basically I would just like to continue experimenting with different art styles for our projects in the future.

Esq: The Filipino community has been very supportive and proud of a fellow Filipino at the Oscars. Have you felt the response?

Yes I have and I truly do appreciate all of the support. It has meant the world to me. Thank you so much everyone. It's an honor to represent the Filipino community at the Oscars!

Esq: I have to ask you, for all Filipinos everywhere, what’s your favorite Filipino food?

BP: This is very cliched of me but I will say my favorite food is lumpia! And pancit. And sisig! 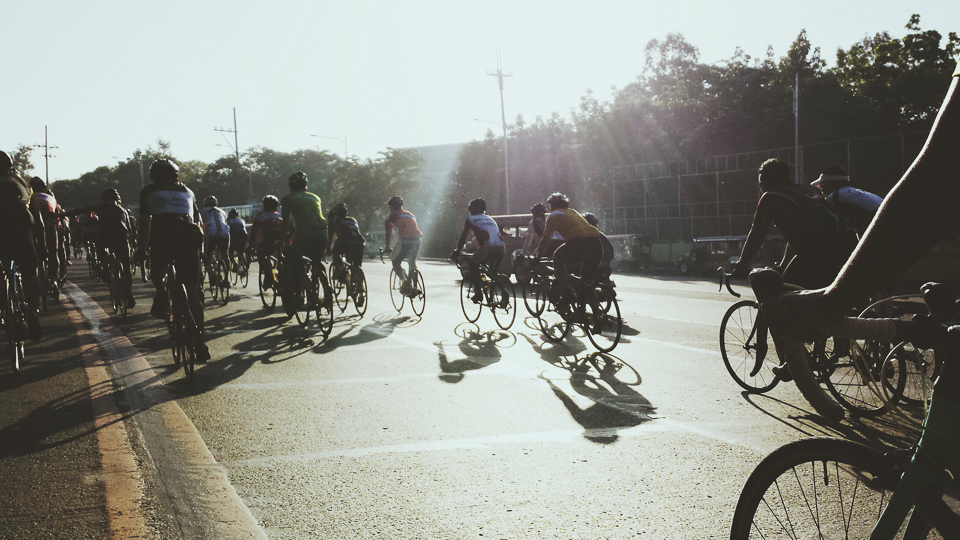