The Greatest, Darkest Apocalypse Movies of All Time 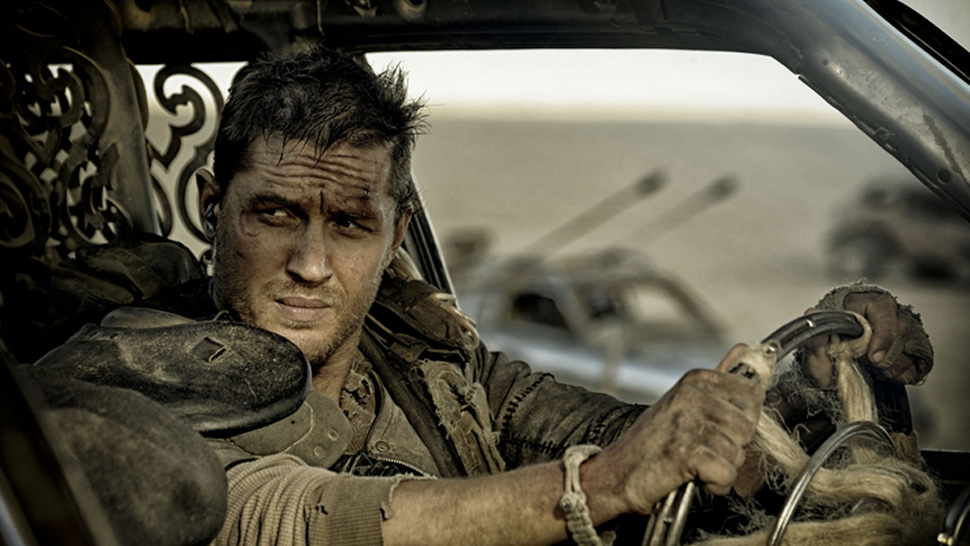 These times, they are grim. And while medical experts aren't quite warning of the end of peoplekind, filmmakers and writers have been imagining that very scenario since its beginning. In a variety of ways, in fact, from drunken asteroids to nuclear holocausts to, yes, global plagues (though most onscreen outbreaks are thankfully a shade more virulent than our current pandemic).

What's more, as we grapple with our own mortality, interest in The End has piqued. You see, we're morbid beings, us humans. We want to see our planet crash and burn in "we've gotta get out of here!" blockbusters. But you can achieve the apocalypse on a smaller budget, too, and in films that are more intelligent, more artistic, and more tasteful than general Schwarzenegger fare.

Here's the best from across the full spectrum. All of them wonderfully nihilistic, and far, far worse than today's situation. And some even have happy endings. Fancy that.

Construction worker Curtis LaForche (Michael Shannon) is an unlikely seer. And yet his dreams say otherwise: rain "like fresh motor oil", frenzied neighbors and murders of very angry crows that suggest the end of the world is nigh in sinister psychological thriller Take Shelter.

Sadly, his psychiatrist is somewhat skeptical of the premonitions, pointing to the worrying behavior of the film's protagonist (stealing materials from work to build a secret storm shelter) and a history of paranoid schizophrenia. This central tension is Take Shelter's biggest strength as we try to understand whether LaForche truly is a doomsday prophet, or simply succumbing to an entrenched genetic illness.

Dr. Strangelove (Or How I Learned To Stop Worrying And Love The Bomb) is a pitch-black comedy in which director Stanley Kubrick is at his finest. The end of the world happens on-screen. Leaders comically deal with its fall out, and debate as to who is more upset. And all the while, the inventor of WMDs, the eponymous Dr. Strangelove, is getting a little too excited at the prospect of all-out annihilation.

All of which makes for a pretty great film. Though beneath the iconic images of maddened generals riding missiles, and a haunting reuse of Vera Lynn's wartime classic, Kubrick's satire of the Cold War is a razor-sharp, masterful portrayal of the absurdities of global conflict.

Don't be fooled by When The Wind Blows' pedigree. Though directed by Jimmy Murakami, the American animator behind The Snowman, this tragic tale is no squishy Yuletide rerun. Instead, it moves the looking glass from world leaders in times of nuclear war to the lives of the little people it affects, as an elderly couple attempt to survive a looming apocalypse using government pamphlets and equally useless stiff upper lips.

Set against a thumping soundtrack consisting of David Bowie, Squeeze and Paul Hardcastle, this fusion of traditional animation and stop-motion has aged wonderfully. And better yet, it's a stark reminder of how well-equipped and powerful animated features can be.

Arrival isn't strictly about the apocalypse. Though when a series of giant, hellish pumice stones silently fall onto horizons across Earth, it sure looks that way.

A somber Amy Adams is the linguist ordered to communicate with this new fleet of alien beings, who don't speak English causing consternation among Brexit Party voters nationwide. And it's the Oscar-nominated actor that carries the film as she delivers a performance rarely explored in the genre: slow, thoughtful and secretive, and one that understands how the apocalypse can also be a domestic affair too.

Seth Rogan is well-known for smuggling lorry-loads of his famous, guffawing mates into all of his films (especially if they're buddy-buddy with director Judd Apatow, too). He's not so well-known, however, for killing them off one-by-one in some of the most brutally gruesome ways imaginable.

But that's what we got from his co-directorial debut This is the End, where hordes of celebrities (playing themselves) fell victim to an unexpected demon apocalypse. We're talking Rihanna falling down a fiery sinkhole to the center of the Earth. Michael Cera gorged on a lamppost through his spine. That kind of thing.

In 1988, almost a half-decade after America's nuclear attack on Hiroshima, Tokyo is obliterated by a psychic teenager named Akira. It sparks World War III and, 31 years later, the city (now called Neo-Tokyo) is stained with violence, crime, and poverty.

And it seems the solo horseman of the apocalypse is due a second coming, as Kaneda, the leader of a delinquent biker gang, becomes embroiled in a pending crisis alongside his friends, the troubled Tetsuo, and Kei, a resistance activist.

Adapted from a manga epic, Akira placed Japan on the map as a filmmaking nation proper, and one that didn't feel the need to conform to Western tropes of narrative, form, and theme. Plus, with a national history rooted in the atrocities and tragedies of war, Japan's Akira provides a unique, gripping take on how the world shouldn't work.

Armageddon is an exercise in bad policy decisions. After all, some interstellar mastermind deemed it appropriate to send a team of oil drillers into space to destroy an Earth-bound, extinction-dawning asteroid (including Ben Affleck, who can't even do his own trousers up let alone save the human race).

And, under the steer of Michael Bay, a man that arguably loves pyrotechnics more than his own children, it makes for one wild (if not lovingly risible) example of how to save the world.

A second appearance from Bruce Willis here, but is that really a surprise? He's exactly the kind of guy you need in any apocalypse scenario. A wise-cracking action hero who looks like a light bulb, can screw in a lightbulb and prevent the extinguishing of the light of humanity.

A real triple threat, then. Though this time around, it's less cosmic absurdity, more futurisimo pharmaceuticals as a deadly virus has wiped out almost all life in 2035. It's up to Willis to go back in time and stop it happening, but the science nerds in charge send him too far back. Cue a mental hospital, a very poorly Brad Pitt and a film that received rapturous applause upon its release.

Adapted from Cormac McCarthy's 2006 Pulitzer-winning novel of the same name, The Road is proof that indeed, all roads lead to somewhere. Just some destinations aren't so pleasant.

It tells the story of an unnamed man (played by Viggo Mortensen) who, in a bid to protect his son in the aftermath of a cataclysmic disaster, is headed to the coast where it's said to be warmer. The only problem is the torrid wasteland in between that's full of despair, light on food, and full of marauding cannibal gangs that stop at nothing to survive.

At its cold, bruised heart, The Road is a study on how elastic humanity can be in the face of desperation, and ever-closening death. This is no feel-good journey.

As captivating as Tom Hardy may be in Mad Max: Fury Road (more on that later), Max Rockatansky's original adventure is a pre-bombast, post-joy prelude to the 2015 reboot, and a film that thrives despite a budget considered meager even by 1979 standards.

Much like it's titular hero, it had to work with scraps—but somehow, despite its shallow pockets, director George Miller managed to create one of the most viscerally thrilling action movies of all-time as Max seeks revenge across the outback of a collapsing Australia. But the most impressive thing of all? This was Miller's first-ever feature film.

If Mel Gibson depicted Max Rockatansky at the beginning of the end, Tom Hardy's turn in the V8 Interceptor is very much at the end of the end: the world is but an LSD-fuelled desert filled with despair, and ruled by a water-hording tyrant named Immortan Joe.

But when said despot's Five Wives escape—an enslaved harem of women that decide to exercise their own agency in this cruel man's world—Mad Max becomes their accidental protector, co-piloting a grizzled turncoat in Charlize Theron who takes center stage as the pair traverse a wasteland in this explosive, coruscating car chase. About as thrilling as the apocalypse gets.

Though 10 Cloverfield Lane shares the same universe as the namesake monster flick (and the cosmic nonsense of Paradox), this is no stomach-churning, handheld lo-fi survival saga.

Instead, Dan Trachtenberg's directorial debut is a traditional monster film in name only, as the survivor of a road accident (new gen scream queen Mary Elizabeth Winstead) awakes to find herself imprisoned in an underground bunker, with an ominous savior in John Goodman explaining that she's been saved from an unprecedented airborne attack.

But has she? Has she really? 10 Cloverfield Lane keeps the audience guessing at every turn in this claustrophobic, labyrinthine film, and proves that what's on this planet can be far scarier than those from elsewhere.

As generations increasingly postponed the act of childrearing, the biology of Children Of Men halted it all together as the world is plunged into mass infertility, and the prospect of a dying human race.

Which is as uplifting as it sounds. Though what sets Alfonso Cuarón's futuristic great apart isn't the grisly stoicism of its anti-hero Clive Owen (which is good), or the masterful appetite for single-shot sequences (which is really good). It's the creation of a futuristic, unfamiliar world that appears wholly familiar with a national mood of xenophobia, quiet bubbling rage and the intrinsic glimmer of hope that comes in the form of a young illegal immigrant that has found herself inexplicably pregnant.

The radiation hasn't yet spread to Australia, but it will. There's no doubt about that. Slowly but surely, the nuclear fallout wrought by WWIII will engulf the Southern Hemisphere too, and finish off every living creature on Earth.

Well, that was the accepted logic, up until the Royal Australian Navy receive an incomprehensible morse code signal coming from the West Coast of the United States. A group of survivors (played by an impressive cast of Gregory Peck, Ava Gardner, Anthony Perkins and Fred Astaire) climb into the last American nuclear submarine and set off in search of hope in this black and white Stanley Kramer epic.

Based on Nevil Shute's novel of the same name, it tells the story of how differently human beings can act when the threat of complete annihilation drives their every thought and decision. In other words, when they have nothing left to lose. 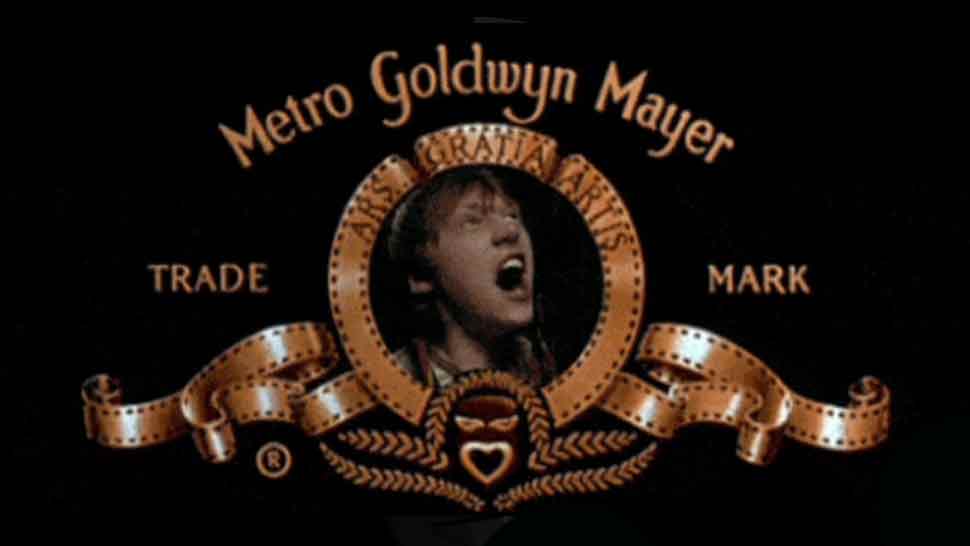 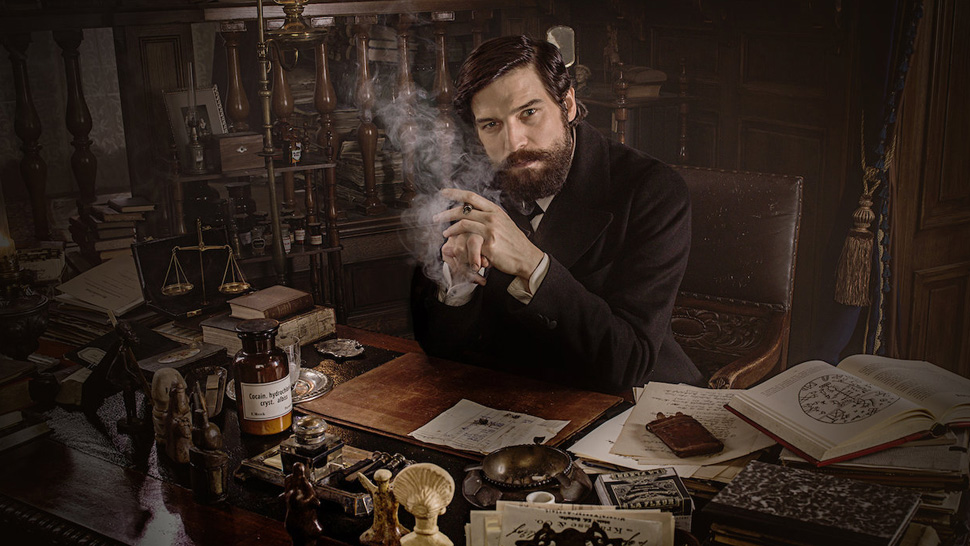