'Game of Thrones' Is Fully Prepared to Kill Everyone

The second episode of Season Eight foreshadows how deeply screwed our heroes are.

Before we get into how deeply fucked everyone in Winterfell is, I want to talk about dear sweet, big-dicked Pod. His has been one of the few truly good storylines in this show full of horrible, evil, selfish people. And in Game of Thrones Season Eight Episode Two, which delivered a number of touching moments, his arc quietly came to an end. We see him training younger soldiers in preparation for the battle to come, and on the eve of the battle for Winterfell, he calms our heroes' nerves with a song.

It's a beautiful moment that calls to mind the song Pippen sings before the battle of Minas Tirith in Lord of the Rings. But it also has a connection to the book, where some of the lyrics come from. The song is called "Jenny of Oldstones," named after the wife of Prince Duncan Targaryen. It also has a connection to one of the most important Game of Thrones prophecies. As the Game of Thrones wiki reads:

Prince Duncan Targaryen loved Jenny so much he married her against his father's wishes, breaking his betrothal to the daughter of Lord Lyonel Baratheon. King Aegon tried to have the marriage undone, but Duncan refused to give her up, ultimately giving up his rights to the throne for her. She was friends with a woods witch, whom Jenny brought to court with her, and who prophesied that the prince that was promised would be born from the line of Prince Aerys and Princess Rhaella. When King Jaehaerys II heard the prophecy he arranged the marriage between his two children.

What's interesting is immediately after Pod's little song, it cuts to Dany and Jon in the crypts where he reveals to her his true identity. But before they can really unpack the whole incest thing (also, Jon should have really prefaced that conversation by making it clear he learned about his true parentage after they had sex, but whatever), the army of the dead finally arrives in Winterfell.

I'm just going to be perfectly clear here and point out that everyone is fucked. They're going to die. All of them. I can't imagine a scenario in which Game of Thrones doesn't kill at least 90 percent of our favorite characters next episode. That's exactly why the show gave us so many emotional, fan service moments. Which I will briefly list below: 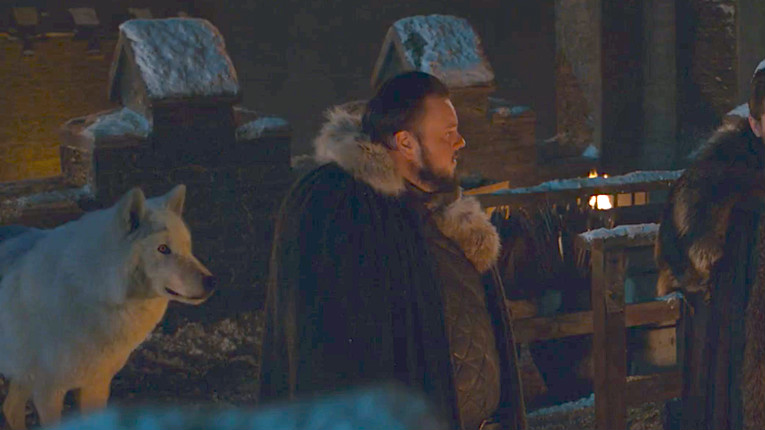 I'm glad to see this show take an hour to dedicate some smaller moments like this to characters we've lived with for the better part of a decade. Part of the problem with Game of Thrones after the show passed the books was the pace of the show jumped to light speed. What was once a show about complex characters became a rush to reveal long-held fan theories and bigger battles and more dragons. These intimate interactions have become rare as the writers have had to cram a ton of plot into shortened six or seven episode seasons.

But these sweet moments should also be a pretty clear indication that everyone is going to die. Game of Thrones has never been known for its subtlety, and we can pretty much assume that we're getting these nice scenes because all these people are gonna die in the Battle for Winterfell in the next episode. And you should be ready for it to happen as well. I will be crushed when Pod dies. Inconsolable. It's gonna suck when Sam dies, when Davos dies, when Tormund dies, when the Hound dies, when Brienne dies, when Jaime and Tyrion die. Oh god, they're gonna kill Lyanna Mormont, too. They're all gonna die. 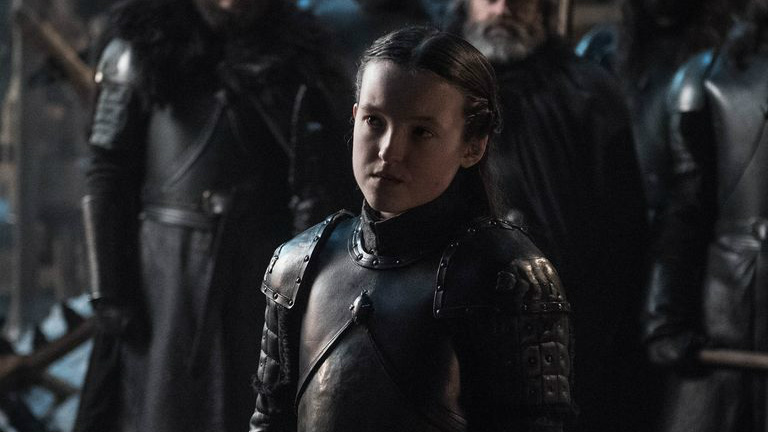 And they're going to die because once again their plan is dumb as hell. Essentially, Jon thinks that the way to stop the army is by killing the Night King. Kill him and all the wights he turned will go back to being corpses. It's not a particularly brilliant idea—"kill their leader" is a pretty standard battle tactic. Anyway, this is when Bran casually reveals that the Night King will "come for me. He's tried before many times with many Three-Eyed Ravens," Bran says.

Thankfully, Sam asks what the hell this means and what the Night King wants.

"An endless night. He wants to erase this world and I am its memory," Bran says.

Okay, but what exactly does that mean, Bran?

Now, if I happened to have access to the knowledge of all human history, I would probably tell my friends and family exactly how to stop the Night King instead of just parking my chair in random places, smoking CBD, and saying cryptic vague statements.

Anyway, to recap, this is their plan. Park Bran in the Godswood with Theon there to protect him and I guess just wait for the Night King to show up so they can kill him.

It's a very bad plan! Almost as bad as Operation Capture a Wight from Season Seven. Meanwhile, everyone else will be down in the crypts. Have you heard about the crypts? It's safe in the crypts. Very safe! They made sure to tell us that at least four times throughout that episode, which should be a pretty clear indication that it's not going to be safe at all in the crypts. In fact, it's going to suck when the Night King reanimates all those dead bodies in the crypts.

Again, to be perfectly clear, they're all gonna die. Everyone in Winterfell is absolutely boned and we should all spend the next week coming to terms with this. At least we'll always have Pod, his big dick, and his beautiful song to get us through the bad times ahead. And wouldn't it be the most supremely Game of Thrones thing to kill absolutely everyone in Winterfell and have Dany and Jon or someone flee the destruction on the backs of their dragons?

Game of Thrones' Treatment of Women Will Tarnish Its Legacy

The Avengers Cast Answers the Most Important Questions