The Ending of It Chapter Two Was Completely Wild. Here's How it All Went Down.

Just in case you need to brush up on the Ritual of Chüd. 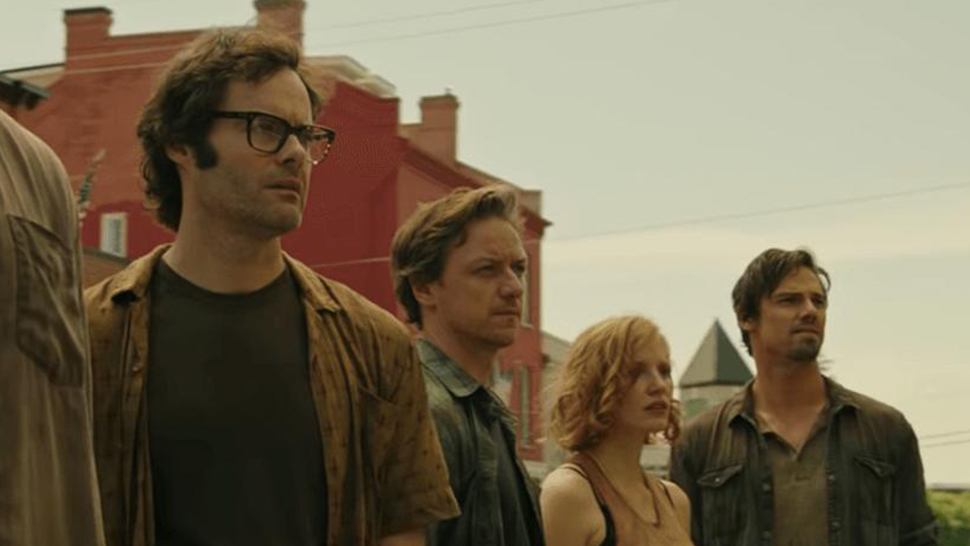 It Chapter Two features a recurring joke about the fact that books written by grown-up Losers leader Bill Denbrough (James McAvoy) tend to have unsatisfying endings. His wife isn’t a fan of his endings, and the director helming the big-screen adaptation of one of his novels doesn’t love them, either. Even Stephen King himself makes a brief cameo as a shopkeeper who declares that Bill’s endings suck. The running joke nods at a criticism that’s been directed at some of King’s works, which is that while he weaves dense and engrossing stories, he can sometimes fail to stick their landings.

Onscreen, the end of the story—the Losers' final battle with Pennywise the Clown—played out a bit differently than it did on the page. Here’s a guide to how things wrapped up.

What happened at the end of It Chapter 2? And what’s the Ritual of Chüd?

The Losers Club’s final face-off against Pennywise (Bill Skarsgård) begins in the house on Neibolt Street, which contains the entrance to the clowns’s cavernous underground lair. After dodging some lesser but still very scary manifestations of the monster, like a spider made out of poor Stan’s (Wyatt Oleff) decapitated head, they make their way down into the dank lair where It lives.

Mike (Isaiah Mustafa) is prepared to perform the Ritual of Chüd, which he learned, as he reveals to Bill earlier in the film, from members of Derry’s local Native American community. Once down in the bowels of the town, the Losers encircle an engraved leather vessel, and chant “Turn light into dark” until the pure rotten energy that forms the core of the demonic Pennywise—three orbs of light called the “Deadlights”—are sucked into the vessel, which the Losers then try to close. But of course, the Ritual of Chüd doesn’t work, and the Deadlights push their way out, leaving Pennywise, now a giant, clown-headed spider, free to terrorize the six friends again.

Eddie (James Ransone) stabs spider Pennywise with his monster-killing poker, which seems to slow It down for a moment, until the clown rebounds by fatally impaling Eddie in turn. But the Losers realize that the monster is constrained by the normal laws of the world—he can only be a giant spider when he’s in a giant room. If they can drive him into a smaller space, he’ll have to shrink down to a more manageable size.

Much like the do-nothing Ritual of Dud, this doesn’t quite work. But the gang realizes that there’s more than one way to make someone feel small: insults will also do the trick. The spider-clown shrinks as the Losers hurl taunts at It, until it's tiny and weak enough that they pluck out its heart and squash it into nothingness. In the end, they defeat Pennywise by, uh, making him feel really bad about himself.

How did the final battle play out in Stephen King’s novel?

The Ritual of Chüd is still important, though in the book young Bill learns of the ceremony after researching monster-killing in the library. According to him, the ritual comes from the Himalayas, and is a sure-fire way to vanquish a Pennywise-style beast, or a taelus. “If you were a Himalayan holy-man, you tracked the taelus,” wrote King. "The taelus stuck its tongue out. You stuck yours out. You and it overlapped tongues and then you both bit in all the way so you were sort of stapled together, eye to eye.” According to the legend, you and the taelus then tell riddles, possibly telepathically, given the whole tongue situation. If the human can make the monster laugh, the demon’s vanquished.

In the book, the Losers perform the Ritual twice, once as kids and once as adults. In their first battle with the monster, Henry Bowers and his friends chase them down from the Barrens down into Derry’s sewers, where they see It in the closest thing to its true form that their minds can comprehend—“a nightmare Spider from beyond time and space.” Bill begins the ritual by locking eyes with the spider, which sends his consciousness into the "Macroverse."

While rushing through this eternal abyss towards It’s Deadlights, Bill passes a kindly ancient Turtle named Maturin, who tells Bill that he barfed up the universe when he had a stomach ache (yes). Bill realizes he must bite into It’s tongue “not with his teeth, but with teeth in his mind.” He marshals all of his mental strength, drawing on his love for his late brother Georgie and his friends, his faith in Santa Claus and all the other kindly myths kids believe, and pulls himself out of the void, vanquishing the spider.

27 years later, grown-up Bill again finds his consciousness sucked right back into the abyss. But when he tries to bite down on It’s mind-tongue, he misses, and Richie takes the mental chomp instead. In the Macroverse, Richie grabs ahold of Ben, and back in It’s lair, Eddie attacks the spider by spraying his inhaler down its throat, distracting It from Richie and Bill. The spider bites off Eddie’s arm, and he quickly bleeds to death. But Eddie’s attack weakens It, and Bill and Richie beat the now powerless spider, eventually crushing its heart just as they do in the film.

So why make the changes?

The Macroverse, a giant god-Turtle, the collapse of pretty much the whole town—all that would would be harder to pull off on film than on the page. And It Chapter Two director Andy Muschietti told Esquire that getting into the fantasy elements of King’s novel would change the direction of the movie. "I knew that I wanted to keep this story from the perspective of our human characters; even with all the humor and horror that it has, it’s still a character-driven horror-drama," he said. "The moment that you start going deeper into the mythology, and actually showing what’s on the other side—getting glimpses of what the Macroverse is, and showing the turtle—it starts to flirt with a different genre, which is fantasy."

Muschietti said that he’d wanted to include the Ritual of Chüd in the first film, but that he "didn’t have enough canvas or running time, and it just didn’t fit in the structure."

And when he brought in the ritual for the sequel, it was pretty highly altered. "Of course at the end [of the book], we see Bill flying into the Macroverse and the void and the turtle and everything else," said Muschietti. "But that’s a place that I didn’t want to go, because that’s confirmation of something. When that happens, the mystery goes away. And there’s enough mystery in the monster and in the human element of this drama that need attention." 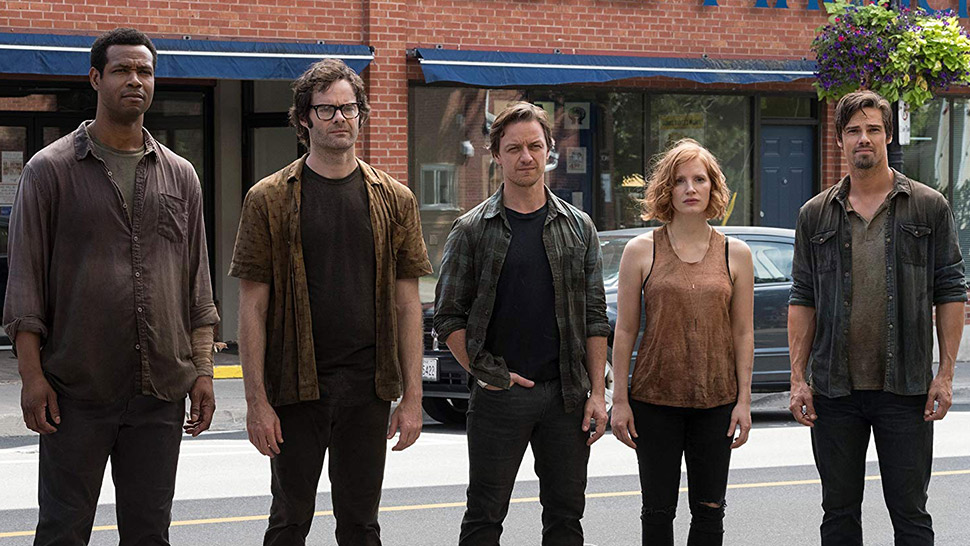 The Major Differences Between the It: Chapter 2 Film and the Stephen King Novel 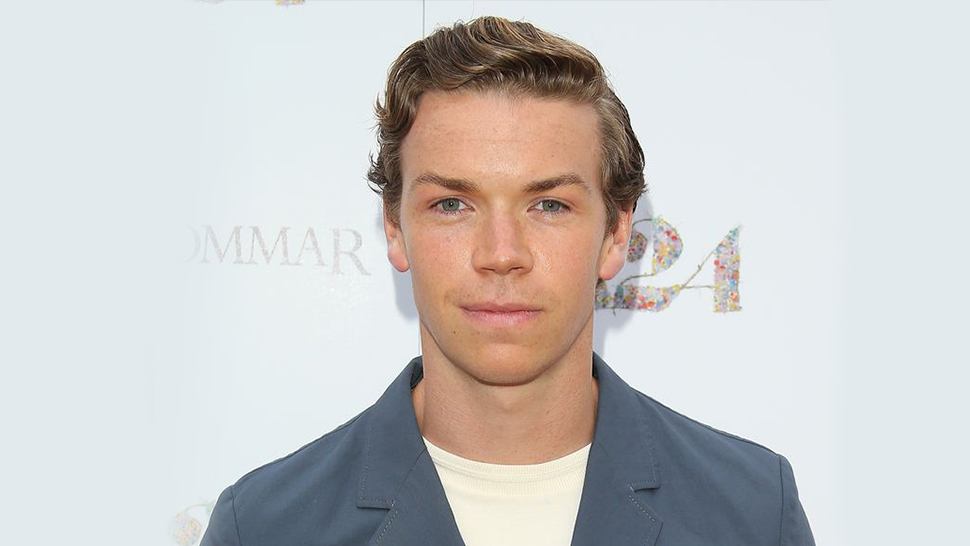