It took three years and over 100 prototypes to make the final design. 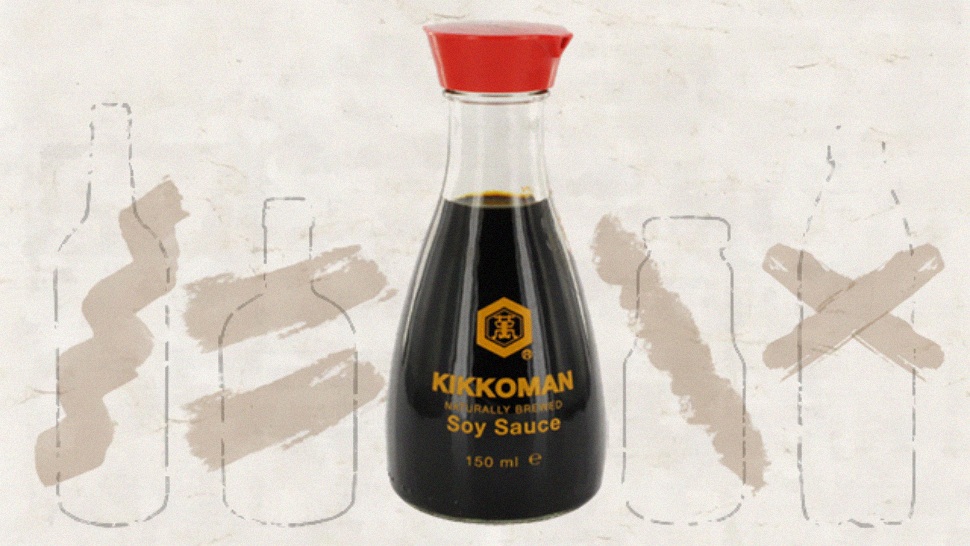 Japan's one-of-a-kind cuisine is beloved all over the world and its distinct flavors are defined by a few key ingredients: the inimitable complementary power of rice, the soul-soothing comfort of noodles cooked in broth, the freshness of newly caught raw seafood, and the strong umami of the humble soy sauce.

Broadly referred to as shoyu in Japanese (from where it derives its English name), soy sauce has been a staple of the country's cuisine for centuries, dating as far back as the 13th century when it was introduced to Japan by Chinese monks. And when you think of Japanese soy sauce in Japanese food, the first (and for most, probably the only) brand that comes to mind is the world-famous Kikkoman.

Kikkoman soy sauce is instantly recognizable in many parts of the world thanks to its signature bottle; the bottle itself seems synonymous with soy sauce in general. Comprised of a curved body made of glass with a wide base, tapered neck, and funneled opening, it bears the brand's name and logo in front in yellow caps. And of course, it wouldn't be complete without its signature red cap, known for its drip-resistant spout. Though deceptively simple to the point of self-effacing, the bottle's sleek and functional construction was a carefully crafted design that took years to make and its history parallel's that of modern Japan's.

The Kikkoman soy sauce bottle was created by renowned Japanese designer Kenji Ekuan and first introduced in 1961. In the mid 1950s, the soy sauce was being sold in one-liter bottles for small families. However, as Kikkoman's website notes, consumers wanted smaller bottles. Ekuan himself recalled memories from his own childhood of his mother pouring sauce from a heavy two-liter bottle into a tabletop dispenser, according to AP News. This was a common practice in Japanese households from the early 1910s onwards, but traditional tabletop dispensers were unable to prevent the sauce from dripping out of the spout after each use; a problem Ekuan would later solve with his ingenious design concept.

The goal was to create a dispenser "that would be regarded as essential tableware, in the same category as a plate or teacup, as opposed to producing a mere container."

At the time he was commissioned to make the design, Ekuan, still in his late twenties, was the president of GK Industrial Design Laboratory, which still operates in Japan today. Aside from the famous soy sauce bottle, he would later be known for his work designing motorcycles, bullet trains, and post boxes.

Ekuan was born in Tokyo in 1929 and his family had moved to Hawaii when he was just a year old, where his father worked as a Buddhist missionary. They returned to Japan when Ekuan was seven. In the 1940s, Ekuan witnessed firsthand the effects Second World War. He was just a teenager when his younger sister was killed by the atomic bombs that landed in his hometown of Hiroshima in August of 1945 and his father died a year later due to a raditation-related illness.

After the war, Ekuan recalled that he "needed something to touch, to look at," and from then "decided to be a maker of things, as he told the New York Times in 2012. He briefly briefly trained for the priesthood (following in his father's footsteps) before committing to a career in design. However, he maintained traces of buddhist philosophy in his work as a designer. "The path of Buddha is the path to salvation for all living things, but I realized that, for me, the path to salvation lay in objects," he wrote in a memoir published in the Japanese daily Nihon Keizai Shimbun in 2002. "Objects have their own world. Making an object means imbuing it with its own spirit," he said.

He noted in his memoir that a well-known Buddhist painting owned by his family (which was eventually destroyed by the atomic bomb) remained "one of [his] design ideals." Perhaps it was some work of providence that he would later go on to design the world's most famous soy sauce bottle, an ingredient introduced to the Japanese by Buddhist monks from China.

After the war, Japan, as with many nations around the world, was dealing with both the practical and psychological effects that the warfare had left behind. After a tumtultuous defeat, Japan's citizens struggled through an "identity crisis," notes the Museum of Modern Art (MoMA) in New York, where a model of the soy sauce bottle is displayed. They "had to hold on tight to their history, culture, and cuisine despite the desolate feelings and the practical effects brought by a devastating and momentous defeat."

"Soy sauce, a staple of the Japanese diet for hundreds of years, found itself at the forefront of this historical challenge."

It took Ekuan over three years of trial and error to create the bottle. In that time, he came up with over 100 prototypes for the design before finally creating the curved bottle, dripless spout, and signature red top we all know today.

The bottle's final design is as innovative as it is understated: "A wide-bottomed bottle that tapers at the neck and ever so slightly funnels out at the very top," as MoMA describes. The vase-like container allows for easy refilling thanks to the wide opening and clear glass material, which lets the user see how much soy sauce is left in container. Such design properties seem almost obvious, but it's worth noting just how much thought was put into every facet of the bottle's construction. In the midst of a changing and rather despondent Japanese society, the bottle was created with a design philosophy that put people's lives first.

MoMA notes that the design perfectly embodies the minimalist-functional aesthetic Japan is known for to this day.

The bottle's shape provides not just ergonomic ease, but a distinct grace and deft of movement with each use. According to industrial designer Kozo Yamada, in a video produced by Kikkoman entitled "Seasoning Your Life," the bottle's shape "allows you to hold it with your thumb, index finger, and middle finger. When you tilt it, the position of the ring finger and little finger is fixed naturally. I think it translates to a very Japanese style of manners.

The style of pouring that the Kikkoman bottle allows can even be likened to Japan's traditional tea ceremony. In the same video, Isao Kumakura, curator of the famous Miho Museum located southeast of Kyoto, compared Ekuan's design to that of Japanese tea master Sen no Rikyu's process making of a bamboo vase for tea, which he called a "sort of original and universal beauty."

Innovative design features and distinguished form aside, the Kikkoman bottle is most notable for its no-drip spout. MoMA notes that the "spout posed the greatest dilemma," as soy sauce's light, fluid consistency makes its flow difficult to control. Ekuan was able to achieve the mess-proof design with an inwardly angled tip, "preventing the sauce from pooling in the spout and dripping onto the table." The design was the first of its kind as far as soy sauce containers in Japan and it fulfilled Kikkoman's goal of creating a bottle that could be conveniently placed on every dining table across the country.

Today, restaurants of all cuisines across the world display the bottle right on the table. "Japanese cuisine has become so popular worldwide and it is soy sauce that sustains it," says Kumakura.

In 2018, the bottle's designed was registered as a three-dimensional trademark in Japan. According to the Kikkoman website, "typically such trademarks involve the registration of three-dimensional forms imprinted with logos or names; however, the Kikkoman soy sauce tabletop dispenser is a rare case which was permitted to be registered without a logo or product name printed on it." That is to say that even by its shape alone, the bottle is recognized worldwide as a trademark of the Kikkoman brand; identifiable even by a glance.

Ekuan died of heart failure in 2015, but his legacy lives on; a hallmark not just of Japan's cuisine, but of its modern history and culture. Today, the Kikkoman tabletop dispenser is used in over one hundred countries around the world. The soy sauce has remained a popular bestseller both in and out of Japan for nearly six decades and has sold over 500 million bottles. 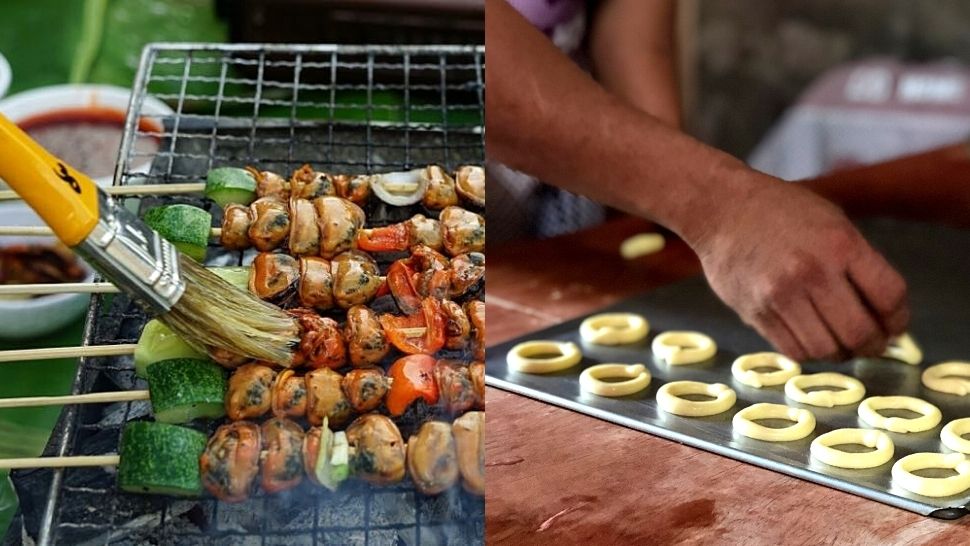 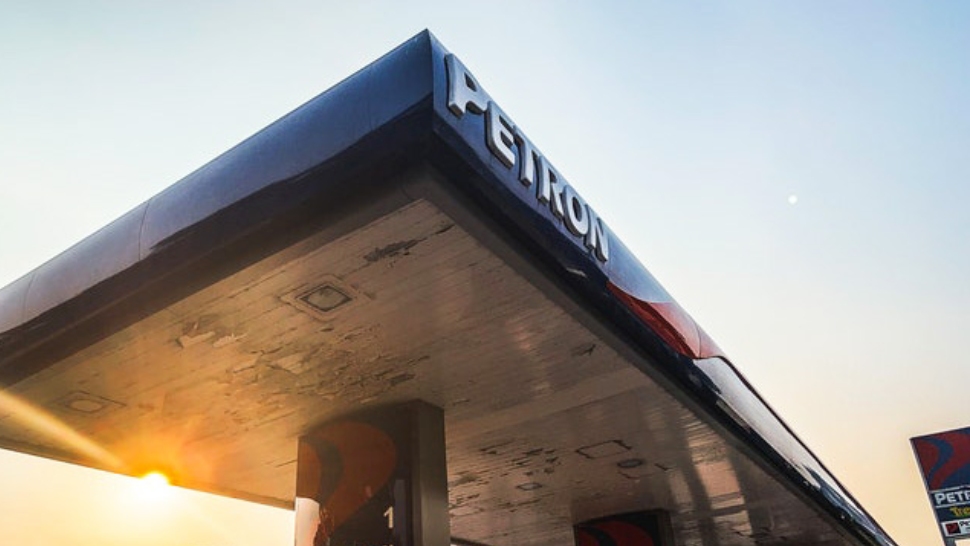 No Filipino Should Go Hungry: Free Bread Will Be Given Away at These Gas Stations
All Photos
Comments
View As List