From roasted pig and fresh seafood to a variety of sweet, sticky treats, Samar offers unique dishes to satisfy the palate.

In a constantly changing world, there’s one thing that will always bring us comfort: good food. Whether it’s a favorite dish cooked by your mother, a sweet snack you’ve loved since childhood, or a new food trend you just can’t get enough of, food has the power to fill up your stomach, evoke good memories, and bring people together.

In Samar province, the locals take great pride in their cooking, with heirloom recipes that have been passed on from generation to generation. Though their local dishes are not yet as popular as the cuisine in other provinces, they are just as unique and delicious. To ensure that Samar’s culinary heritage is passed on, the Provincial Government of Samar, headed by Govenor Reynolds Michael Tan, plans to launch the “Secret Kitchens of Samar.”

“We can’t say if our food is the best, but for sure, masarap siya,” says Tan. “We’re not far behind compared to other provinces. We complement the beauty of nature with the delicious food, thriving people’s organizations, and good governance. It gives people more reasons to come to Samar.”

Juliana “Bebot” Samson and her husband Tony Samson lived in the US for many years, but eventually chose to retire in Catbalogan City, where they are known for their delicious, Mexican-inspired tamalos. Preparing this dish is a laborious process (it takes at least three days!), so it’s usually served during parties or special occasions.

Unlike other families who guard their recipes with utmost secrecy, Juliana welcomes visitors into her kitchen and shares the process of making tamalos, which she learned from her grandmother. First, the pork is cooked in vinegar, water, bay leaves, soy sauce, peppercorn, garlic, and salt. Then, she roasts and grinds the peanuts herself to turn it into peanut butter, which is mixed with the pork stock and other ingredients. The sauce is cooked slowly until thick.

The couple also makes their own wrapper out of rice flour, water, and oil. Once the mixture is ready, they pile a generous serving of pork into the wrapper and add the sauce. Then, it’s wrapped in banana leaves and steamed for an hour.

At the heart of Catbalogan, the Piczon family is known to make the best Bola Catalana, a Spanish meat loaf dish that’s similar to embutido, but with a distinct taste of its own. Siblings Gilbert and Mary May learned how to make it from their grandmother’s own recipe.

Using their hands, they mix two cups of ground pork, pickles, bread crumbs, brown sugar, evaporated milk, green peas, raisins, and a pinch of salt. The mixture serves as the base of the roll. Boiled eggs, cheese, sausages, and bell peppers are placed in the middle, topped with more of the pork mixture and shaped into a roll, then wrapped in sinsal or caul fat. The rolls are baked for two hours and sold for P300 a piece. 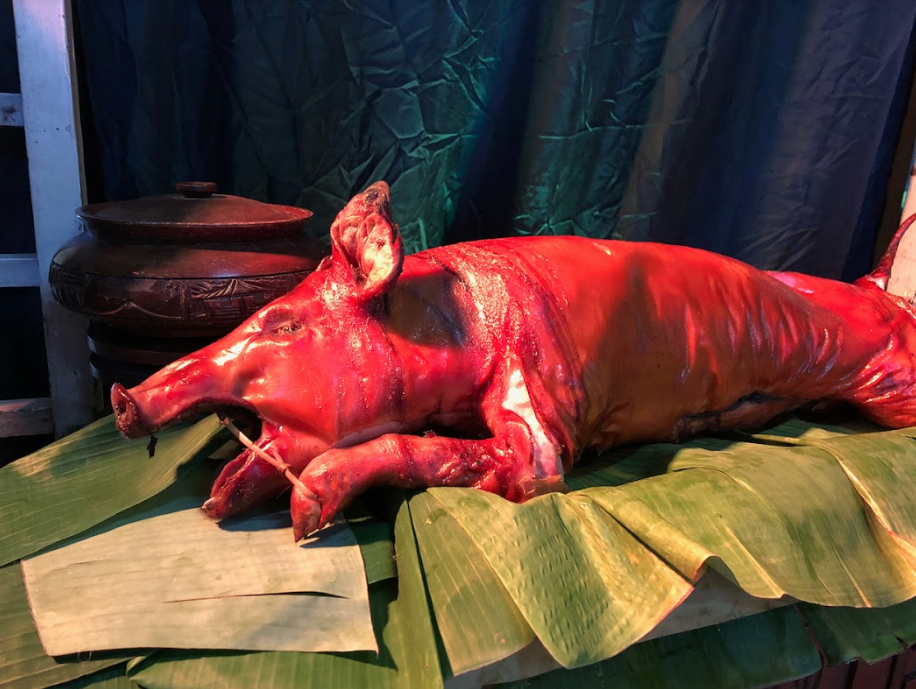 Roasted pig is a staple dish at many Filipino celebrations and Samar has its own version. The lechon is stuffed with star anise, laurel, garlic, red chili, and lemongrass or tanglad, which give it a distinct aroma and flavor. Carbonated soft drink is slathered on the skin to give it an extra crunch and a hint of sweetness. 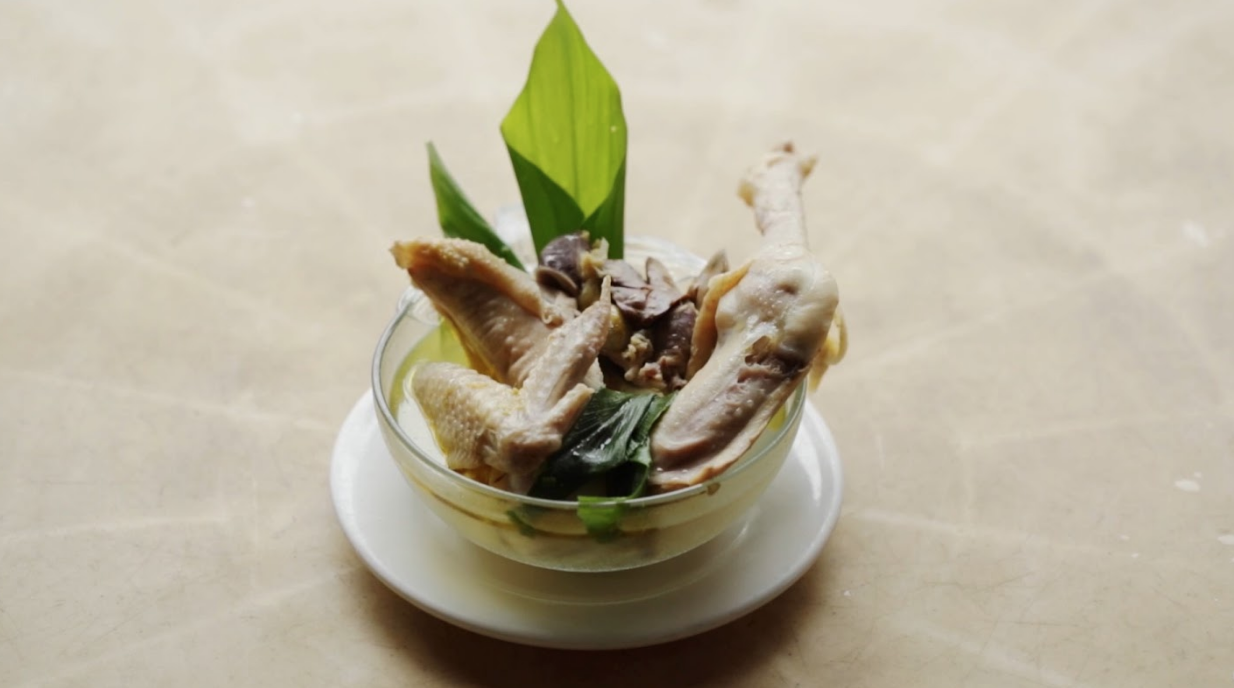 In a province that’s prone to typhoons, nothing beats a warm, comforting bowl of hot soup. In the town of Calbiga, locals love to get their fill of Native Tinolang Manok. This tinola is slightly different from other versions because the recipe makes use of Samar’s native chicken and includes smashed lemon grass (tanglad), sliced ginger, and turmeric leaves, which give it a distinct aroma and an added nutritional boost.

5|  Mangrove Crabs, Shrimps, and Other Seafoods

The remote town of Pagsanghan can only be reached via a 30-minute boat ride from nearby towns or a long drive that passes through rough, winding mountain roads. But the trip is well worth it because this town is known to have the most delicious mud crabs in Samar—and maybe even the country. The crabs are shipped to Manila and you’ll find them in a number of popular restaurants.

The crabs live in the mangroves, which cultivate the soil. According to the town’s planning and development coordinator Filemon R. Borata, “Our water is brackish. Ang lupa nagiging mataba sa dami ng ugat. Kaya ang products namin—crabs, prawns (sugpo), shrimps (hipon), scallops—masarap compared to other areas.” Several small entrepreneurs and cooperatives have also turned these into commercial products, such as bottled shrimp in brine, sweet and sour alamang, adobong scallops, and more.

Samar is known for its hauntingly beautiful caves and majestic waterfalls, many of which are in San Jorge. But this town also has an array of sweet, sticky rice treats, such as latik, pilipit, puto ligong, and many more.

The Corales siblings are well-known for their Pennato de Uno, a crispy rice treat which they prepare in their own home. “Gawa ito sa bigas, mani, at linga,” says Elizabeth Corales. “Anise ang pampabango at calamay ang panutsa.”

It takes a long time to make these treats, and it’s a combined effort for the siblings. They learned the recipe from their grandmother, who passed it on to their mother. Once the mixture is ready, they pour it onto a big wooden frame where they wait for it to harden. Then, it’s cut into rectangular bite-sized pieces, wrapped in colorful paper, and sold in stores. It’s also a hit during parties and fiestas. 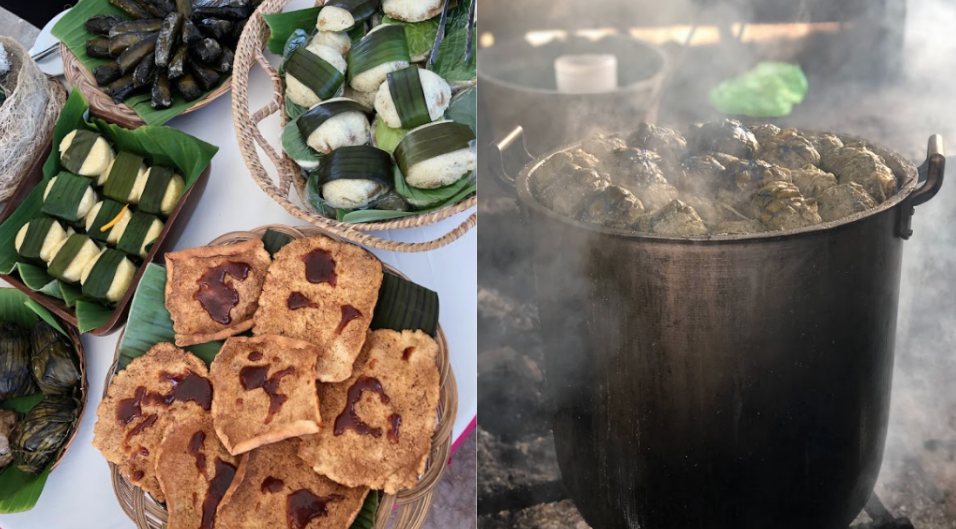 In the town of Pinabacdao, sagmani is one of the star dishes. This native kakanin is made with coconut milk, brown sugar, margarine, roasted peanuts, and grated gabi. The mixture is placed inside the gabi shell and steamed for two hours. Aside from sagmani, you’ll also be able to try other native delicacies such as piking (crispy fried cassava with a sweet sauce) and linupak (also made of grated cassava with young coconut milk and sugar).

In Calbiga, there is a similar dessert called binagol. Talyan (from the taro family) is peeled and ground, then a sweet filling called latik is added to the mixture. It is placed in a bao and steamed for eight hours in a low fire. The result is a sweet and creamy dessert that is definitely worth the wait.

Savor these dishes in Samar Province's local restaurants and tourist spots such as Sohoton Cave and Lulugayan Falls, or join the the soon-to-be-launched Secret Kitchens of Samar Tour. For more details, visit https://www.facebook.com/sparksamar/.

About The Author
Angel C. Aquino
View Other Articles From Angel
Get The Latest Updates From Esquire!
Subscribe to our newsletter!
Comments
Esquire Money 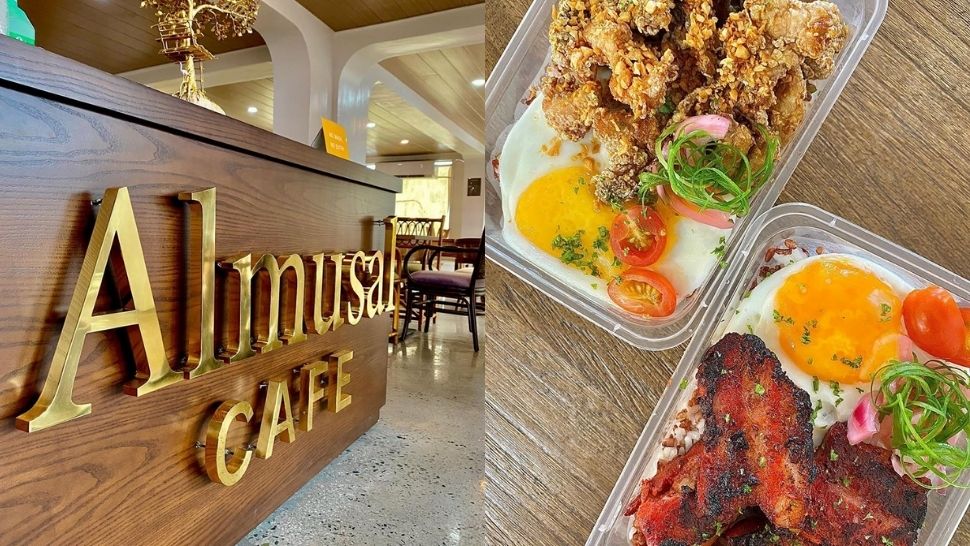 Crave Breakfast for Every Meal? Almusal Cafe Is Now Available on GrabFood