What kind of yacht can one of the highest-paid PBA players afford? 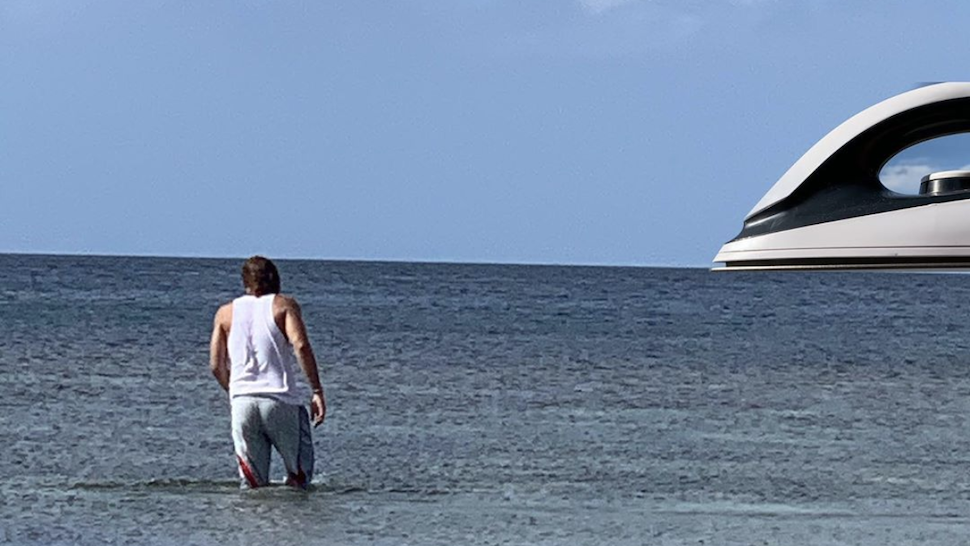 Without question, June Mar Fajardo is one of the highest-paid players in the PBA today.

The five-time PBA MVP has amassed glory after glory after serving as the cornerstone of San Miguel's dynasty over the past decade.

Such importance on the court should undoubtedly come with a more than handsome paycheck for the 30-year-old.

So successful was Fajardo that he could afford—a superyacht, right?

The Cebuano giant fooled around with his followers once again with pics of his supposed yacht— obviously a superimposed flat iron made to look like it's floating on the beach during his travels in Siquijor.

He even made it a point to snap a picture of him seemingly walking towards his "50-million superyacht," drawing thousands of likes and amused comments.

In all seriousness, Fajardo is just having fun as he enjoys the longest vacation he's ever had since turning professional.

Although the Beermen failed to complete the elusive Grand Slam, the 6-foot-10 slotman capped off his 2019 on a high note, winning his first SEA Games gold medal in the 30th Southeast Asian Games.

As for Fajardo owning a yacht, for real, anytime in the future, don't be surprised.

The gentle giant, after all, is a man of the sea.

For the rich there is therapy pero for the rest of us there is fishing!Makalibre na sud-an, lingaw pa kaayo!????????

About The Author
Randolph B. Leongson for SPIN.ph
View Other Articles From Randolph
Get The Latest Updates From Esquire!
Subscribe to our newsletter!
Comments
Esquire Money

The Best Coaches in Philippine Sports