The Creepy Legend of Biringan, the Phantom City of Lost People

In the province of Samar, local folk talk about a phantom. For decades, locals told stories of Biringan City, an otherworldly place inhabited by engkantos. But instead of beautiful palaces or fortresses reminiscent of mythical cities like Lothlorien, Biringan is somewhat like a black urban city filled spires and cathedrals instead of skyscrapers. People who have seen it report a place of unparalleled magnificence and architecture, not even matched by megacities like New York or Hong Kong. It is urban, and yet not urban. Here, people are lured by fairies and fair-skinned beings to disappear forever.

According to local lore, Biringan is located somewhere between the towns of Pagsanghan and Gandara in Samar. The phantom city never appears in naked sight, but shows itself only to people who are being invited into the black city. Stories abound of fisherfolk seeing the city while at sea, which they described as magnificent, with tall buildings and wonderful lights.

Biringan is just one of the hundreds of phantom places around the world that are wrapped in mystery and lore. Stories of supernatural occurrences surround such stories of mysterious places, which are believed to have entrances and exits through certain waypoints or portals. One of the most famous of such alleged waypoints is none other than the Bermuda Triangle, where countless ships and aircraft have disappeared over the centuries.

How people are lured into Biringan City

According to Aswang Project, people are lured into the city by entering a trance-like state or possession cast on them by elementals or engkantos. In a documentary by GMA News, Mel Tiangco narrates that there are allegedly seven portals or waypoints to enter, one of which is through an old tree. Locals believe that when an engkanto becomes attracted to a person, they will put him or her in a trance and lead that person into Biringan. Other beliefs about Biringan City tells how only people’s consciousness are taken there, leaving their bodies in the physical world.

In the documentary by GMA News, locals tell of delivery trucks from Manila and Cebu fully loaded with construction materials that have been paid in advance finding their way to Samar and looking for an address in Biringan. To the bewilderment of locals, the persons who paid for the deliveries had long been deceased. Upon learning that Biringan City is not an actual place, the truck drivers just returned to Manila or Cebu with their haul, frustrated.

What are the possible explanations on why people believe in Biringan City?

Although accounts of locals about the existence of Biringan City cannot be discounted, there may be other explanations on why there are alleged sightings of the city and why lost people are believed to be trapped in the phantom city forever.

Among the most common reports of alleged sightings of Biringan City come from fisherfolk and seafarers. According to locals, fisherfolk would see a vast city filled with lights while they are fishing at night. A possible scientific explanation for such sightings is a natural phenomenon called light pillars.

Light pillars is an atmospheric phenomenon in which vertical pillars of light appear over the horizon, typically at night. Although they look bizarre and otherworldly, light pillars are anything but supernatural. They form when lights from the ground or from the sky interact with ice crystals in the atmosphere, producing vertical halos of light.

Light pillars have been sighted in the Philippines, including one event when people mistook them for alien activity in Sulu.

In the case of disappearances linked to Biringan City, it could be a human reaction in providing an explanation to something that is unknown or have no closure, just like how some disappearances over the Bermuda Triangle are linked with paranormal phenomenon when a possible natural phenomenon could be the culprit.

Whether Biringan City exists or not, the beliefs and sensitivities surrounding it form part of Philippine folklore. It is a testament to the rich culture of the Philippines, and as such, should be respected. 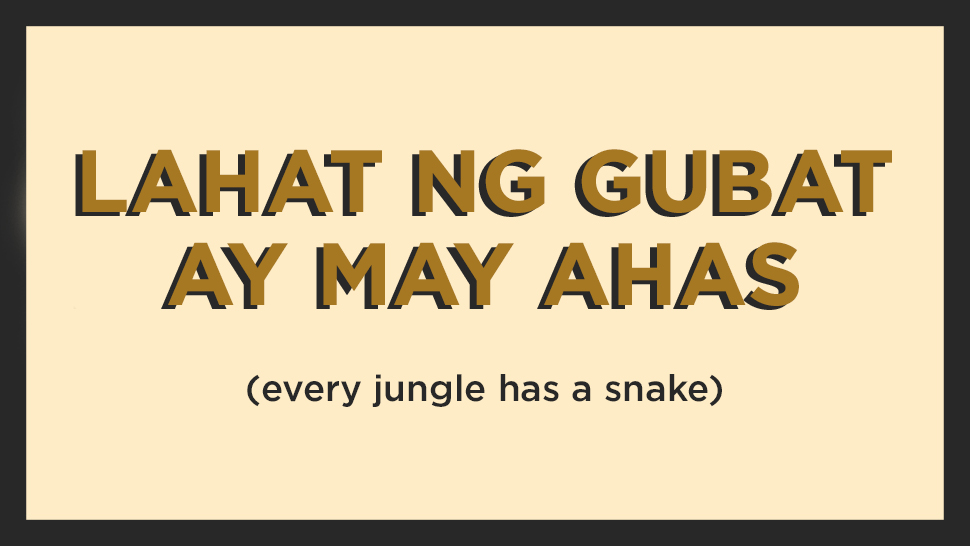 The Best Filipino Proverbs that Define Our Culture