The Last Dance And The Never-Ending Appeal Of Nineties Sportswear 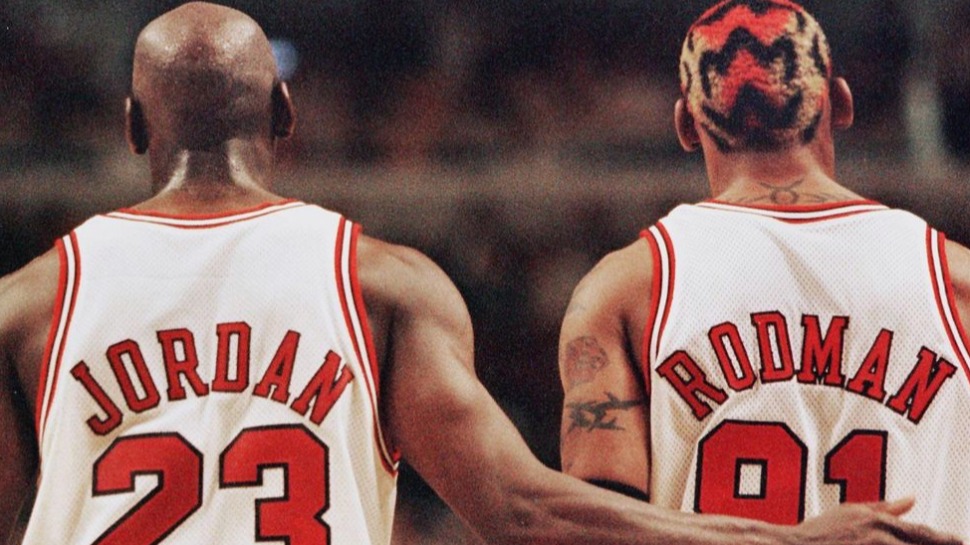 I have this recurring clothing fantasy where I'm transported back to Nike Town circa 1994 and given an unlimited credit card (that or a giant bag of cash with a comically-large dollar sign on it) and am allowed to run wild. Just think of all the clashing prints. The first issue Air Max. The oversized football shirts before they became dull, homogenized templates. The snapback team caps and the mad tracksuits! The Agassi and Sampras tennis gear. All that neon.

Unless Bezos or Musk or one of those other tech freaks decides to pull their finger out once they've finished colonizing Mars, that fantasy will remain just that. Yet time machine or not, the Nineties continues to exert unmatched influence over the world of sportswear, as ably demonstrated by The Last Dance: the gripping Netflix docu-series centered around the Chicago Bulls teams that dominated the decade.

A series that is as much about retro Nike as it is about giant men with bigger egos, the sustained pressure cooker bathing a complicated aging icon and the basketball empire built around him. It shows Michael Jordan as a smiling tyrant, an American deity, an elite bearer of grudges, and the blueprint for ostentatious Nineties athlete style, right down to the boxy Range Rover, wraparound shades, enormous suits, and sparkling diamond hoop earring.

"Jordan models are always up there in our top sellers, but following the premiere [of The Last Dance], StockX buyers can’t seem to get enough," says Jesse Einhorn, senior economist at the sneaker and clothing resale platform. "There has been a huge surge in interest on StockX for sneakers, collectibles, and merchandise relating to all things Michael Jordan and his Chicago Bulls teammates.

Michael Jordan at the 1992 Olympics in Barcelona

"Some credit [for the Jordan brand's sustained appeal] is surely due to Nike’s brilliant marketing team, and some to the roster of collaborators - from Virgil Abloh to Travis Scott," adds Einhorn, "but at the end of the day, the main reason Jordans still capture our imaginations is Jordan himself. He’s one of the rare athletes whose greatness transcended mere fame and he has become the stuff of myth: a part of our collective memory."

The power of MJ (no, not that one) aside, the Nineties effect is present in all corners of modern sportswear and luxury. There's the Soviet and irony-inflected 1999 of Demna Gvasalia's Balenciaga, the huge success of Aimé Leon Dore's pastel and penny loafer take on New York casual; Adidas's recent repurposing of fan-favorite kits for current football teams (the 'bruised banana' Arsenal strip sold out in minutes when it went on sale last year) and the resurgence of old school outdoor brands like Patagonia, Nike ACG, and The North Face. "I think the appeal of Nineties footwear is more about nostalgia for a simpler time," says Matt Powell, senior industry advisor at NPD Group, "but Nineties everything is hot now, not just footwear."

"I believe the Nineties is such an appealing era for sports/performance wear due to the decade’s expressive, overt nature and the experimental approach to styling, contemporary fits, and silhouettes," says Darren Shooter, design director at The North Face, who recently oversaw a collection of royal blue, pastel pink and lemon yellow-hued pieces inspired by the style of the decade's big mountain skiers. "It’s also the first decade where we see sport and street influence one another; from NBA shell suits to neon colors and graffiti graphics on the tennis courts. Sport-style was a huge trend throughout the Nineties and 25 to 30 years later, the product continues to inspire."

Another style highlight from The Last Dance, photos of which have already made it onto countless Instagram mood board pages, is the incredible array of sunglasses on display. We see Jordan giving tense interviews about his gambling habits in thick-rimmed Ray-Bans and playing golf while chewing on a Cohiba in Oakley Wind Jackets. Scottie Pippen performs an impromptu victory dance after another championship win on the private jet back to Chicago, popping his massive elbows left and right, in a pair of tiny little futuristic shades (Dr. Robotnik eat your heart out). Dennis Rodman's eyewear game – and style in general –would make even the most hardened Fashion Week peacock suffer an existential wardrobe crisis.

"In the Nineties, there was a palpable obsession with sport," says Brian Takumi, VP of product creative at Oakley. "In that decade, larger-than-life athletes emerged that broke into mainstream culture. It was a pinnacle moment for our brand, too. Jordan, Pippen, and Rodman were all running Oakley, which you probably caught in [The Last Dance] documentary."

Oakley has recently delved back into its Nineties sporting archive with both the Eye Jacket Redux and the Wind Jacket: two styles that were favorites of Jordan and his crew during their legacy-defining heyday. "Consumers constantly crave nostalgia," says Takumi. "We approach it by asking ourselves 'what’s core to our DNA?' We draw inspiration from past collections and nod to them in specific design elements of new collections where it’s authentic. It’s all a balance."

What made that golden era of the sporting star so compelling, something that extended to the clothes they wore, was the sense of freedom and individual expression on show. Today's athletes – whether in the Premier League or the NBA – tend to stick to a strict peer-approved dress code of ripped Amiri jeans, Balenciaga hoodies, designer trainers and leather holdalls that cost as much as a house downpayment, a deeply sanitized and risk-averse take on fashion that can be partly attributed to the well-established corporate culture of top-level sport (notable exceptions, like Arsenal's Hector Bellerin, notwithstanding).

In 2020, a sportsperson's kit, shoes, and collaborations are all decided by a design committee with millions on the line. Jordan paved the way for the superstar athlete as a brand when that wasn't really a thing. A template that has since been adopted by Beckham, Bolt, Ronaldo, Woods, James, Federer, and countless other big names.

Back when Nike gave Jordan his first shoe as a rookie in 1984 they expected to sell $3 million of Air Jordan 1's. They ended up selling $126 million and Brand Jordan, now a Nike division worth billions, was born. For his Fall/Winter 2020 show, held in Miami, Dior designer Kim Jones debuted a reworked, Dior-ified version of the original Air Jordan 1, handmade in Italy. A luxury homage to his favorite trainer and further proof of the imprint's cross-genre influence, this was its first foray into the rarefied world of the runway. Jordan was once desperate to be signed by Adidas.

"I think a lot of things are great in hindsight that don’t seem great at the time," says Jack Carlson, founder of Rowing Blazers, the Manhattan brand that has played a significant role in the resurgence of prep and retro sporting style in recent years. RB recently released a collection of very The Last Dance-looking snapback caps honoring neighborhoods and cities, both well-known and niche, from across America.

"I’m not sure, though. The Nineties was such a wild time and the pace was a little slower. Today, things change so quickly. New drops, new releases, new trends. It will be more difficult to look at this period with the same sense of clarity and nostalgia, because there’s just so much going on. While there’s more attention being placed on sportswear and sporting style than ever now, it’s becoming harder and harder to define something as 'iconic.'" 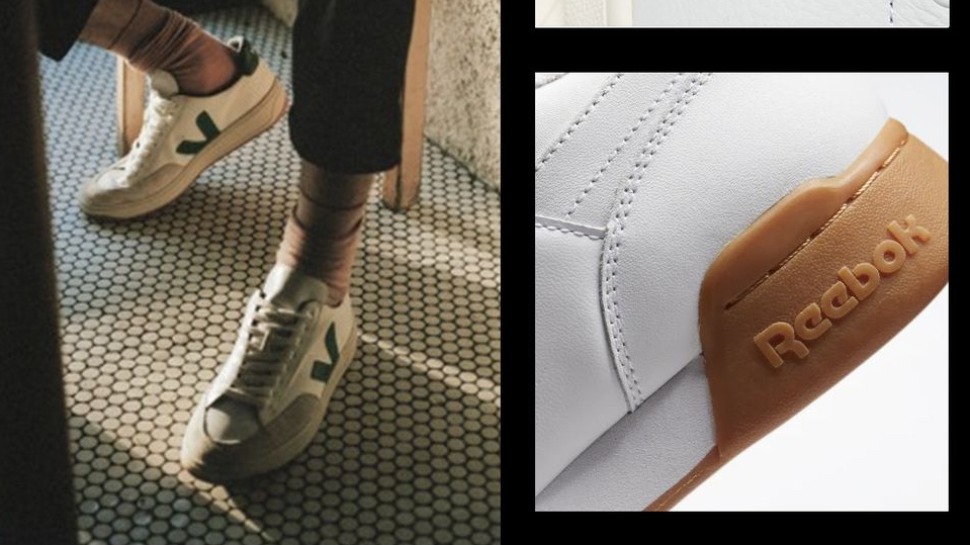 The Best White Sneaker Brands On Earth (According To Esquire Editors) 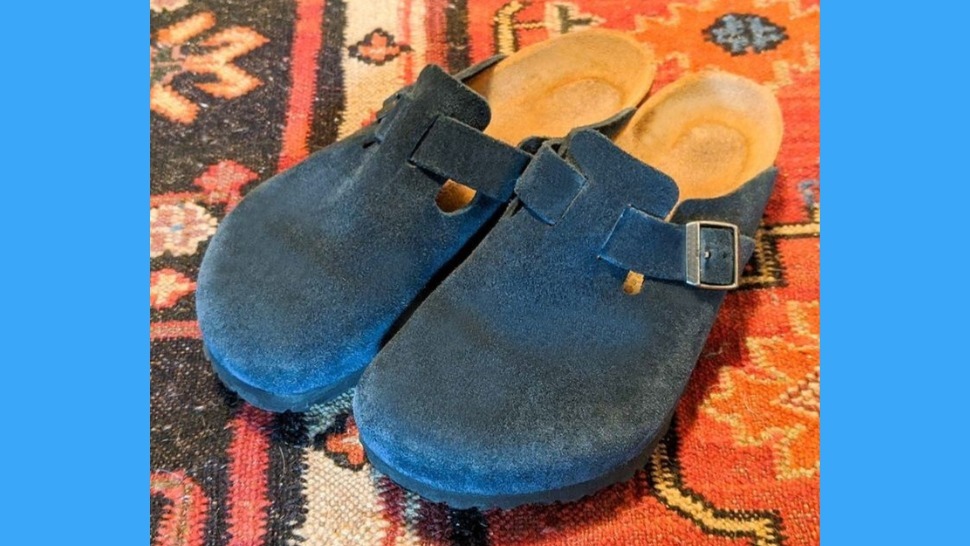