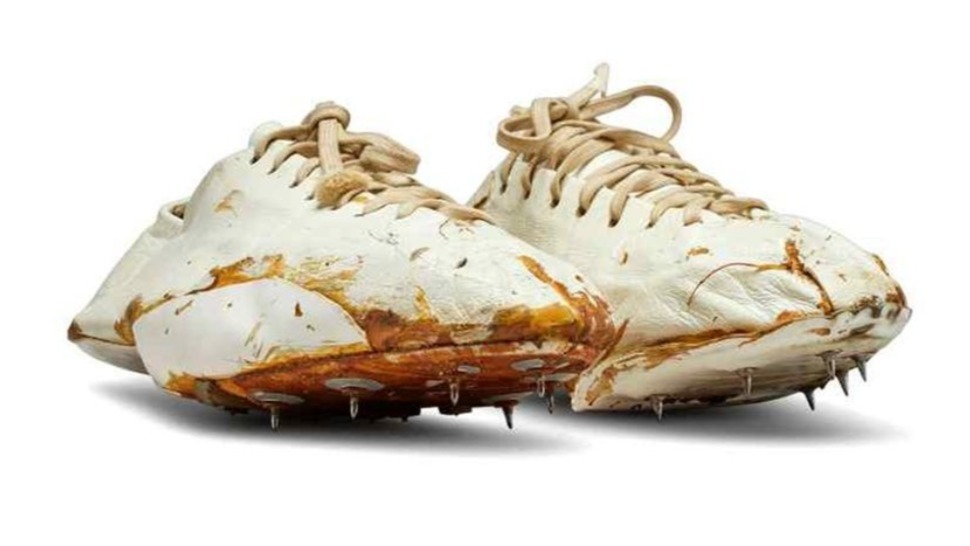 It should come as no surprise that over the last few years, sneakers have been elevated to the rarified realm of the bona fide "collectible item." And not just normal collectible, like your pogs—remember those!—but fancy collectible. Historically significant kicks are now selling at auction for record highs, often at price points more on par with what you'd expect from the fine art market. Last month, a pair of Air Jordan 1s MJ himself wore during a game in his 1985 rookie season went for over half a million dollars at auction, an astronomical amount by any measure, and one rendered in especially stark relief by Sotheby's initial estimate of a closing bid in the $150,000 range.

Top Story: Where Do the Philippines' Rich and Famous Send Their Kids to School?

Well, if you had the half a milli to drop but somehow missed out on all the hullabaloo, Sotheby's has secured yet another piece of Nike history in what the fabled auction house is describing as the only appropriate way to follow up its just-wrapped AJ1 sale. (It's also worth noting that up until this past May, the previous record for sneakers sold at auction was held by another pair of Nikes, the Waffle Racing Flat "Moon Shoe," which went for a whopping $437,500 early last year. So yes, if you've got some old sneaks from The Swoosh gathering dust in your childhood home, now might be a good time to start poking around in the garage.) 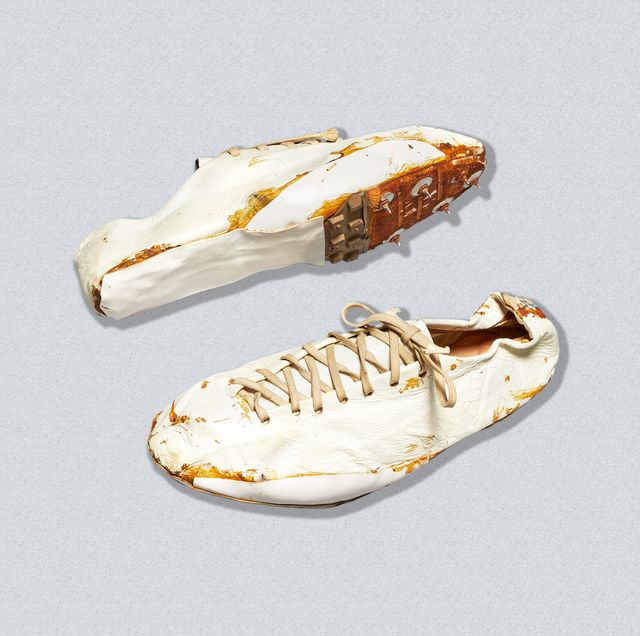 This time around, Sotheby's is auctioning off a pair of waffle spike shoes from the '70s that were handmade by Bill Bowerman himself, the Nike co-founder and the man behind the brand's signature breakthrough innovation, the waffle sole. Sotheby's secured the shoes from John Mays, a runner on the track team at the University of Oregon, where Bowerman was a longtime coach, and the lot includes a brief letter Bowerman wrote to Mays asking for detailed feedback on the shoes' performance. 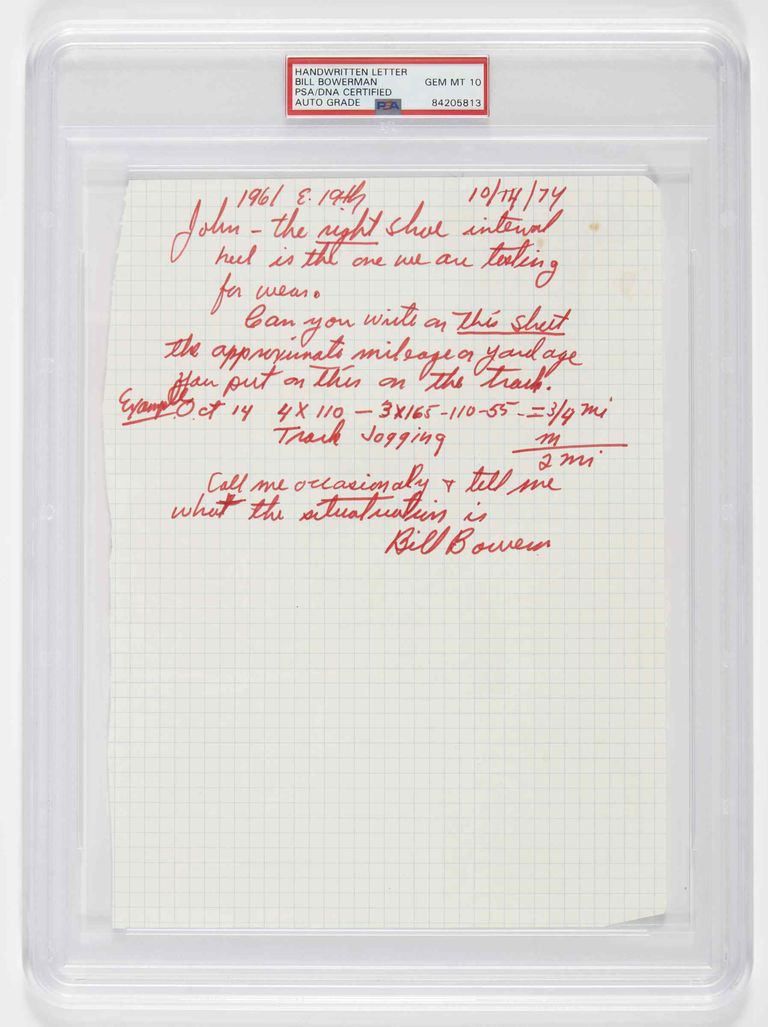 Interestingly, the two shoes are markedly different. Bowerman went back and modified the pair years later, and only the right features the waffle sole that would become a trademark of the brand down the line, a testament to his commitment to innovation and penchant for constant tinkering. On the heels, the shoes say “MAYS” in Bill Bowerman’s handwriting, an aesthetic precursor of sorts to the personalized touch Virgil Abloh famously lent to his own collaborative Nike kicks when seeding them to influential friends and family from across the internet.

The soles of the shoes, with only the right featuring an early version of Nike’s now-signature waffle sole. 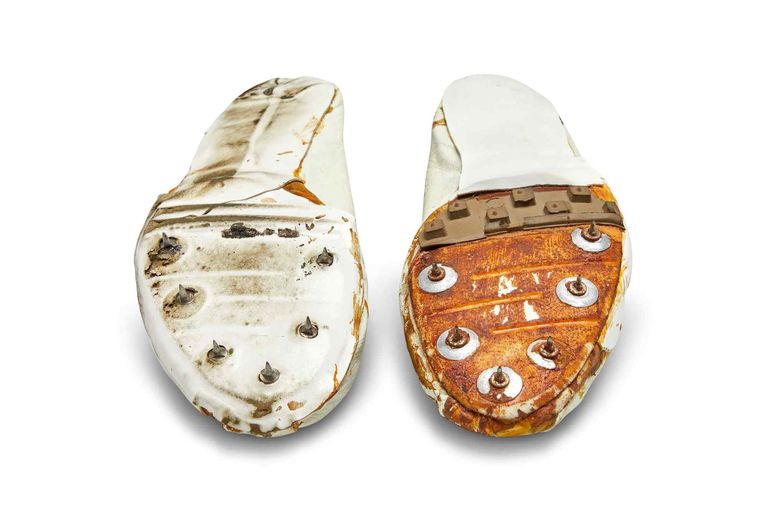 Sotheby's set the estimate for the waffle spike shoes at around $150,000 again, but if prior selling history is any indication, these bad boys could go for much, much more. If you're still jonesing to get in on the action, the online-only auction is open for bidding today through June 26. Good luck and godspeed. 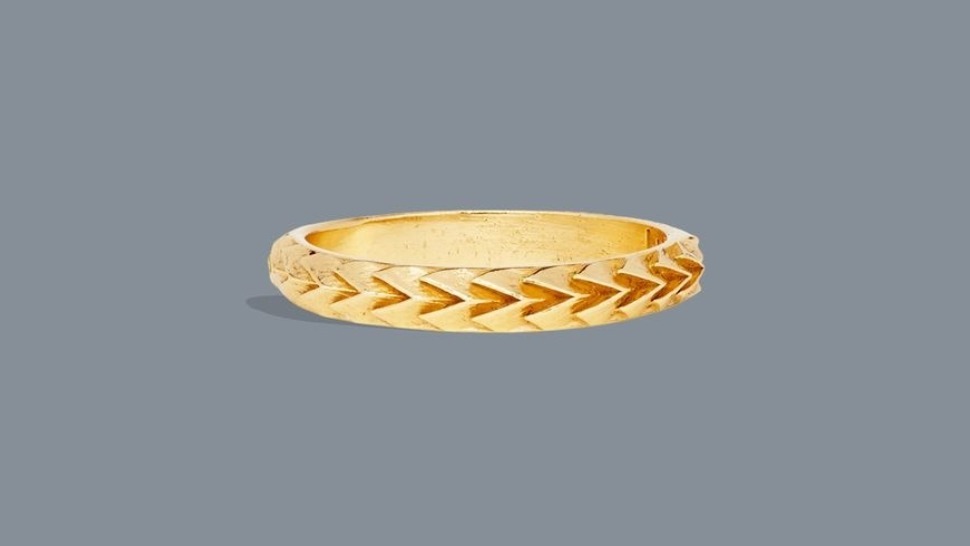 The 12 Best Rings for Men to Buy Now 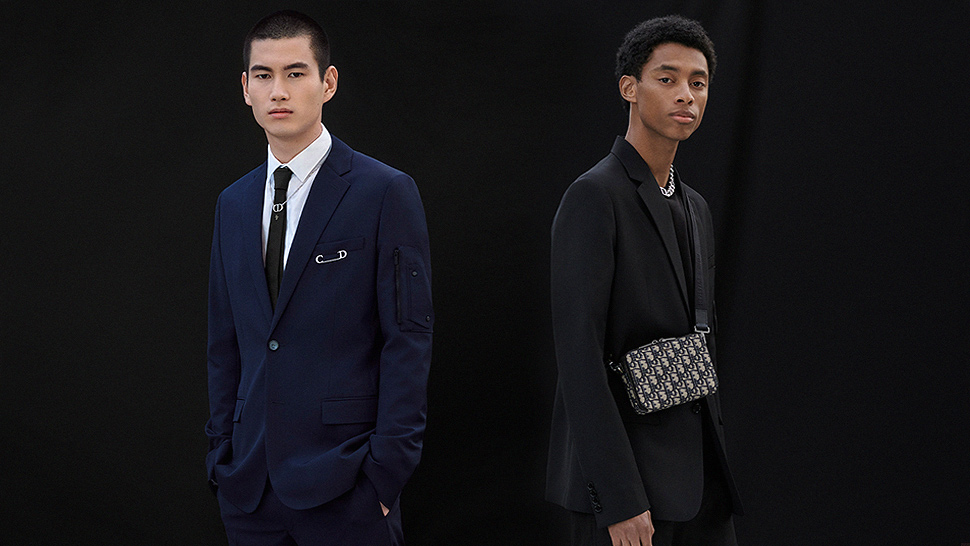 In Dior, He’s Not Just a Regular Dad. He’s a Cool Dad
All Photos
Comments
View As List