The Shazam! star made a splash in some great looks for his biggest-ever night as master of ceremonies. 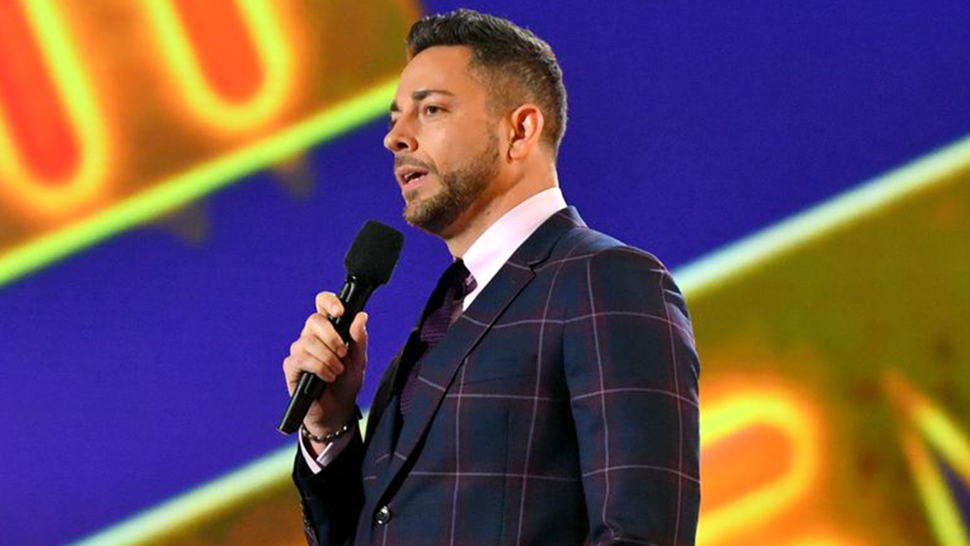 When Zachary Levi accepted the offer to host the MTV Movie & TV Awards, he knew he was getting into something bigger than he'd done before. The Shazam! star has seen his profile skyrocket in recent months thanks to the success of the critically lauded DC Extended Universe movie, in which he plays the super-powered alter-ego of a 14-year-old foster child. And the gig as master of ceremonies—arguably his most high-profile ever—is a part of that ascendency.

There were nerves, sure. He readily admits to feeling a little frazzled before the actual event. But when it came time to actually step on stage this past weekend to film the show, it was all about getting zen with the moment. "You definitely just have to accept, like, 'All right, here we go. We're about to go jump out of this plane, so have faith in your parachute,'" he says.

The opening monologue—"six minutes of, essentially, stand-up"—was a daunting proposition. But Levi has hosted before, and he was ready for the challenge. "I'm glad I got back up on that horse and tried to make it as fun as I could and, you know, learn from it and grow from it. And, hopefully, everybody had a good time."

You might notice that, even though Levi is talking about his own thoughts and feelings on the eve of a major professional moment, he's more interested in how the rest of the folks in the room felt. That's something that comes up time and again. With Shazam!, he's just happy that people—who have gone through the foster system, who are disabled, who just don't see enough of themselves in the modern media landscape—had something that might make them feel more visible.

With the sequel, which is already being written and is set to start filming as early as spring of next year, he's even more optimistic. "If we can even just bring what we've brought from the first one, I'd be really happy," he says. But. "I think we're going to be able to bring even more to it, because I think now that the character’s a little more established, people will hopefully want to tune into that more." More fun. More happy people. It's a theme.

With the show, Levi saw his role as one that allowed him "to curate a space where people feel loved." Very on-theme. But I wanted to talk about something profoundly off-theme for a guy who, while he accepts the necessity of being in the spotlight, seems just a little bit conflicted about the nature of that position. I wanted to talk about how damn good he looks recently.

Here's the thing: Levi isn't new to the game. His original breakthrough moment came when Chuck debuted on NBC in 2007. He was, well...Chuck: the kinda goofy, definitely charming lead. He was also the voice of Flynn Rider in Tangled, a weirdly sexy Asgardian Ken doll/soldier in Thor: Ragnarok, and love-interest Dr. Benjamin Ettenberg in the second season of The Marvelous Mrs. Maisel. But if you hadn't been paying close attention, you might have missed him on those red carpets.

When Shazam! was making the rounds, though, Levi turned it all the way up. So much so that I even wrote about his outfits just because I couldn't not do that. They were too good to ignore. So how'd it all happen?

First and foremost, he credits his stylist Warren Alfie Baker with making those moments come together. And while he appreciates the power of a good red-carpet appearance, he's also aware of the nature of the game. "In some ways it's kind of... that's inescapable, right?" he says. "So much of what we do is based on how we look."

That reality seems to strike him as odd, occasionally. But that's not to say he doesn't recognize what fashion can do for him—and for others. "I do think it's very cool that we have, essentially, wearable art. Wearable art that you can express yourself through," he explains. "I think that's a very cool concept."

He is a little conflicted occasionally. A self-described minimalist, he finds it odd that he has to wear a new suit for every appearance. But he's also having fun with it. His favorite part, he says, is "being able to find things that feel like cool, artistic expressions of myself." And, of course, the occasional praise doesn't hurt—though that's not the whole story. "It's very nice to get some compliments, but more that that, hopefully, you're trying to find something you feel comfortable in. And I think if it's something I feel comfortable in, then I feel confident. And if I can feel confident in it, it translates to all that energy."

That energy, that desire to make sure everyone is happy, is exactly what he's charged bringing to the stage tonight. And luckily, he's looking great doing it. Hopefully, that translates.

About The Author
Jonathan Evans
View Other Articles From Jonathan
Get The Latest Updates From Esquire!
Subscribe to our newsletter!
Comments
Most Popular 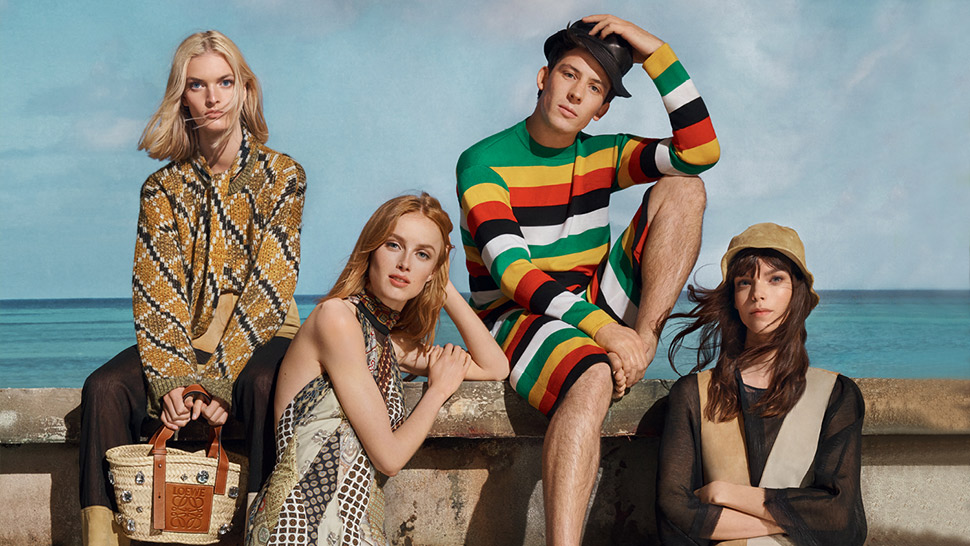 School of Style: the Hawaiian Shirt is the Aloha Shirt
All Photos
Comments
View As List