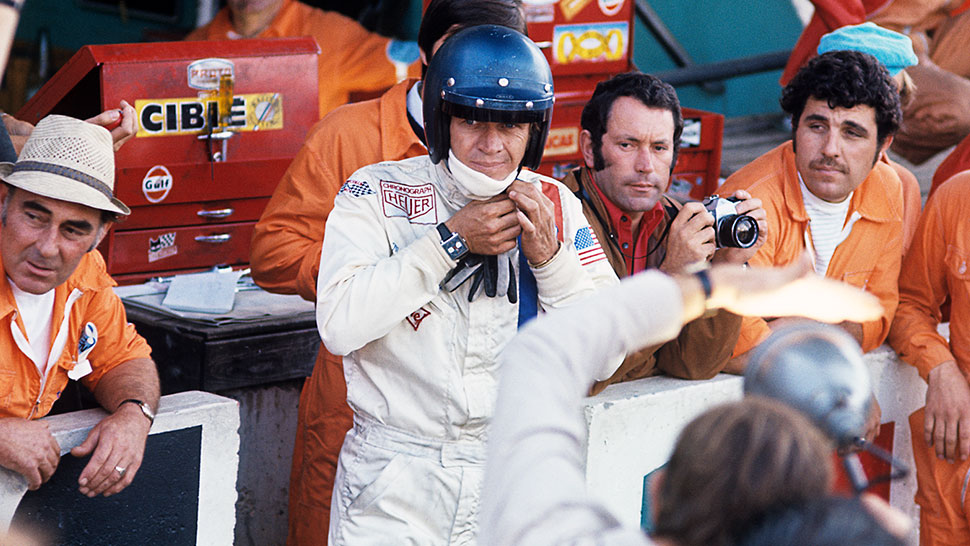 When Steve McQueen was asked to choose a watch to wear in his role as a motor racing driver in the 1971 movie Le Mans, he was shown models from Rolex, Omega, and Heuer, as Tag Heuer was then known. He plumped for the Omega Speedmaster Professional, which had the cachet of being the first watch on the moon, thanks to astronaut Buzz Aldrin, who sported one during his lunar landing on the Apollo 11 mission in 1969.

McQueen may well have worn the Omega throughout Le Mans, if not for a member of the props team, who pointed out he had already decided to wear a driving suit bearing the red and white logo of rival brand Heuer. If McQueen then wore a different company’s watch, people might think he’d been paid to do so. The actor, who loathed commercial endorsements, asked to try one of Heuer’s Monaco 113 watches instead and picked the model with a blue dial. The props team ordered four more Monacos, as well as Heuer stopwatches and other motor racing kit to use in the film.

Le Mans was not successful—at first. The production was beset by technical problems, financial difficulties, and the replacement of original director John Sturges (who’d spent years helping McQueen raise funding), with Lee H Katzin. The film was panned by the critics and flopped at the box office. Yet enough movie buffs were so passionate about motor racing or McQueen (often both) that over the years, Le Mans was seen by more and more people, almost all of whom would have spotted the Monaco’s square case peeping out from the cuffs of McQueen’s grimy, blood-splattered racing suit. 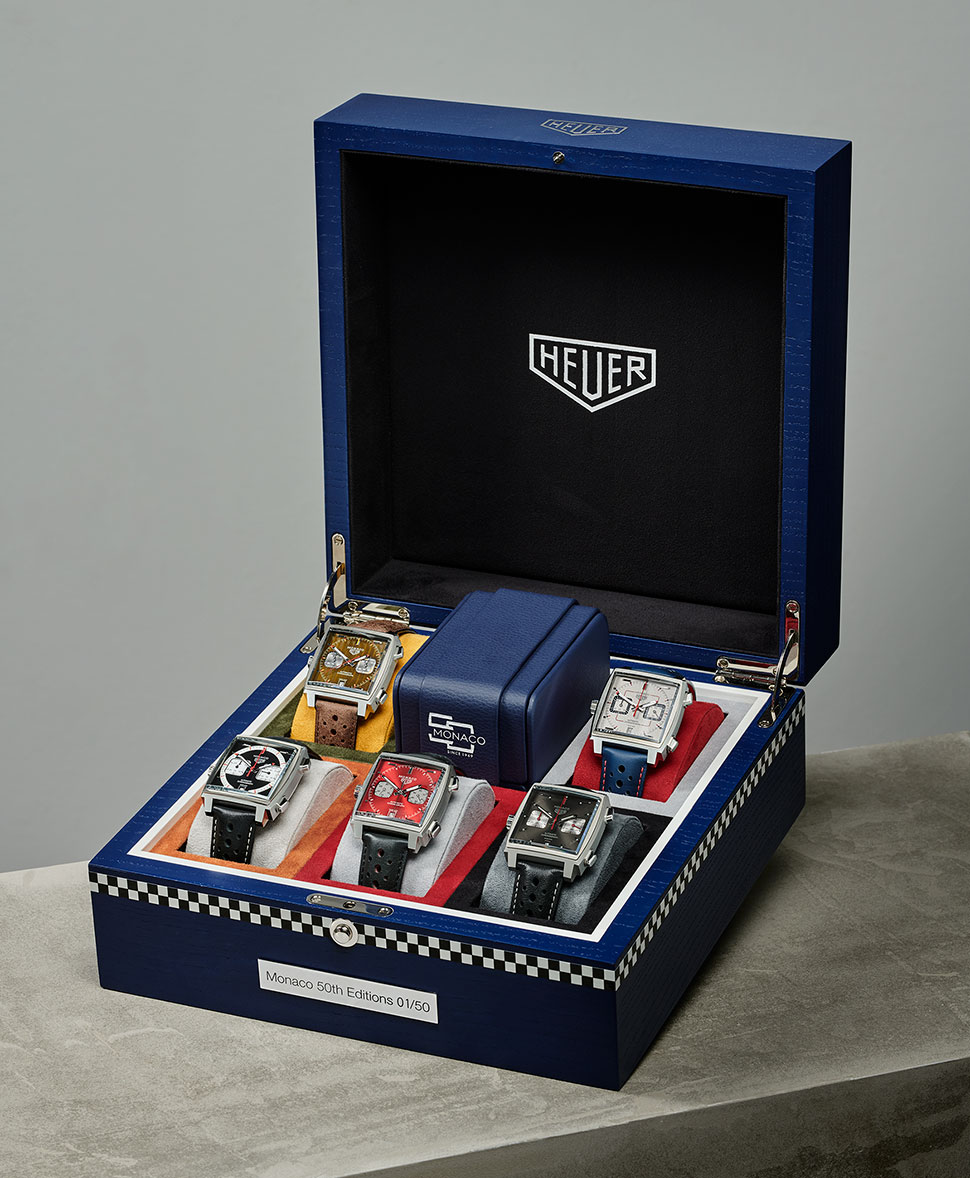 This year marks the 50th anniversary of the Monaco, which is still a bestseller and remains steeped in memories of McQueen in Le Mans. Yet there is more to the Monaco than the luck of being chosen to be worn in a particular film by a particular actor, even one as charismatic as McQueen, because other factors have contributed to its longevity.

One is that it was launched by a company at the top of its game. Heuer was founded in 1860 by Edouard Heuer, a 20-year-old watchmaker, in the Swiss town of Saint-Imier. He opened a workshop to sell his creations, starting with a chronograph he patented in 1862. The company flourished under the management of successive generations of Heuers, all of whom shared Edouard’s design ingenuity.

By 1969, the company had been run by his great-grandson Jack for over a decade. The first member of his family to attend university, Jack was ambitious, worldly wise and fascinated by new management theories. Within a year of starting work at Heuer, he had opened its first U.S. subsidiary and streamlined its products to focus on the most profitable ranges: stopwatches, chronographs, and dashboard timing instruments for racing cars. Jack also encouraged the design team to adhere to a sprucely modern design style and to focus on developing automatic chronographs to replace traditional hand-wound ones. After persuading Heuer’s competitors to secretly collaborate on the design of a movement capable of doing this, Jack invested heavily in the design of a new chronograph that would make the most of it.

Learning that trusted supplier Piquerez had developed the first square—or square-ish—watch case to be water resistant, Jack secured the global rights to use it in Heuer’s new chronograph, instantly giving it a distinctive shape and pop-modernist spirit. The new watch was named the Monaco, after the famous motor racing event and Heuer’s new marketing strategy of sponsoring Formula One, becoming the first company outside the motor industry to do so. In 1969, Jack clinched a deal with Swiss driver Jo Siffert, who was to sport the Heuer logo on his suit and car, and wear a Heuer chronograph while racing. The Monaco was unveiled with aplomb at simultaneous press conferences in Geneva and New York on 3 March 1969. Though initial sales were disappointing, Jack pressed ahead with plans for the company’s stock market flotation in 1970, while also negotiating a deal to sponsor Ferrari’s F1 team.

The 1989–1999 Limited Edition is the third of five new Monaco models released by Tag Heuer, with only 169 pieces.

By the time McQueen was preparing to shoot Le Mans, Heuer was becoming a force in the sport he loved. Critically, when McQueen was shown photographs of top F1 drivers by the movie’s costume supervisor and asked to choose the one he wanted to look like, he picked Siffert, which is why he was filmed in a racing suit with a Heuer chronograph patch and, as a result, a Monaco on his wrist. Sales of the Monaco soared with new versions introduced throughout the early Seventies, however, its appeal waned, possibly because its bold square shape and technocratic aesthetic were starting to look dated. In 1980, McQueen died, and in 1982 the Heuers lost control of their company.

Yet the Monaco’s cult status continued to grow with that of Le Mans. Arguably, the Monaco seemed all the more intriguing for being defunct, though it also benefited from its early Seventies design language becoming fashionable again. In 1998, Tag Heuer released a limited edition of 5,000 Monaco chronographs modeled on the originals. The marketing campaign was dominated by two slightly fuzzy photographs of McQueen shooting Le Mans. The limited edition sold so well that the Monaco returned to production the following year.

The Monaco has remained on sale ever since, embracing technical innovations and celebrating special occasions, such as McQueen’s 75th birthday in 2005, with the introduction of new editions. Five have been launched this year, each inspired by a different vintage model, to celebrate the watch’s 50th anniversary. Who can say whether the Monaco could have sustained its success if McQueen hadn’t worn it in Le Mans. Though we can be sure that whether or not McQueen had chosen it for the movie, the Monaco could not have survived without the legacy of Heuer’s technical inventiveness and design integrity. 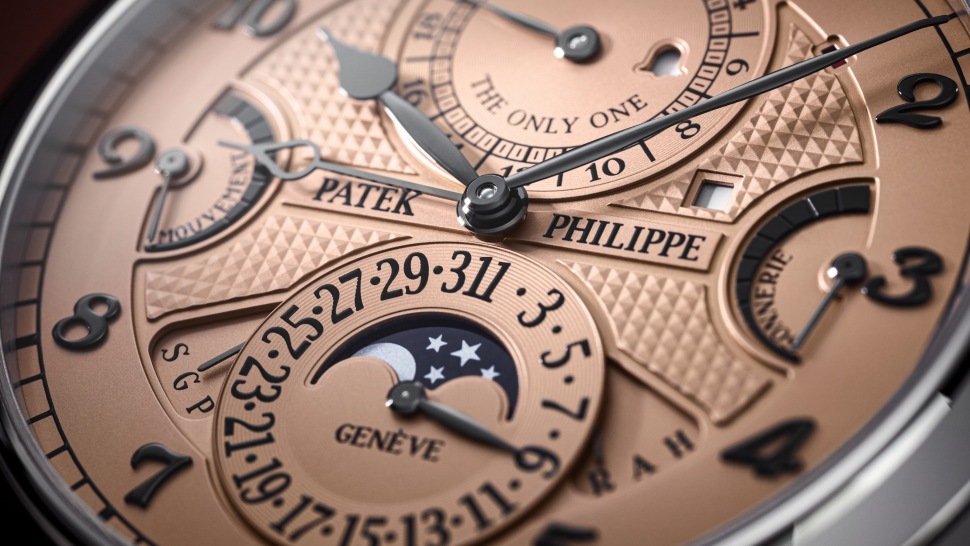